Police says it has arrested 10 people as part of the investigation into the brutal murder by mob of a Makerere University student named Emmanuel Tegu.

Tegu, a third year Veterinary student at Makerere was beaten up by a mob seven days ago. He died  Saturday at Mulago hospital before he could narrate his ordeal.

The student was rushed to Mulago by police after officers who responded to alert calls that a mob was roughing him up near Lumumba Hall in Makerere University.

There have been reports that Local Defence Units (LDUs) beat up Tegu as they enforced the ongoing curfew, however, Police has since refuted these claims.

Police told URN that according to their information, Emmanuel Tegu was clobbered by a mob that probably mistook him for a thief.

On Monday, Kampala Metropolitan Police issued a statement saying it had arrested 10 suspects in connection with the murder.

“Today, police carried out an intelligence led operation and arrested 10 suspects in connection to the death of Tegu,” SP Patrick Onyango, the Spokesperson for Kampala Metropolitan Police said.

“All the suspects are residents of Makerere University in Kampala”

Onyango said the suspects “are said to have participated in the mob action that led to the death of the student”.

Their identities will be disclosed after interrogation, he said.

“There are other suspects who took off after receiving information of the death of the student, but our teams are pursuing them”.

This comes after the Makerere University Law Society issued a statement condemning the murder of Tegu, and demanding speedy investigations together with a report on the circumstances surrounding his brutal death.

The Makerere Law Society has said the acts of brutality leading to Tegu’s death “were not only criminal but were also executed with grave disregard for humanity and the rule of law”.

“The violence with which these acts were executed shows the extent to which the respect for the rule of law and confidence in state action has greatly declined,” the statement adds.

This contravenes Article 24 of the Constitution of Uganda which guarantees freedom from torture and inhumane or degrading treatment, the Society said.

As such, the Society has called for full and speedy investigations in the incident and for a report to be issued.

They also want perpetrators held fully accountable and prosecuted to the fullest extent of the law.The lawyers say they will not hesitate to seek redress from courts of law to defend the freedoms of the students of Makerere University. 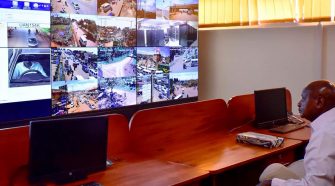