Mozambican President, Filipe Nyusi, says over 1,000 people could be dead following a horrible cyclone ”Indai’ which swept into the southeast African country at midnight Thursday, causing widespread devastation, before moving inland into Zimbabwe and Malawi.

Nyusi had flown over the most affected areas.

He warned that while the official death toll stands at 84, “everything indicates that we can have a record of more than 1,000 dead.”

The City of Beira has been cut off from the rest of the country with the major to other towns being completely destroyed.

“Waters from the rivers Pungue and Buzi have broken their banks, wiping out entire villages, isolating communities and we could see, as we flew above, bodies floating,” the President said.

After aid agency officials warned that 90% of the area has also been “destroyed” by Cyclone Idai affecting more than 500,000 people in the area.

After a massive destruction in Mozambique, Idai moved through neighbouring Zimbabwe and parts of Malawi as a Tropical Storm also causing death and destroying property worth billions including crops.

In Zimbabwe, the Ministry of Information said Monday that 98 people had been confirmed dead with hundreds more reported missing, while another 102 were injured and 42 marooned.

Authorities in Malawi have reported that 56 have died and nearly 600 are injured.

In all the three countries, residents would be seen climbing trees and on top houses to save their lives.

Initial assessments in Zimbabwe, Malawi and Mozambique suggested that more than 150 people have been killed in those three countries, CNN quotes the International Federation of Red Cross and Red Crescent Societies (IFRC) as having said Monday. 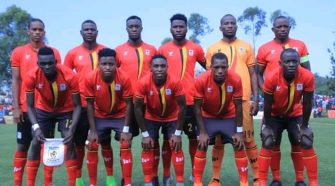