Two people are confirmed to have been killed in fresh landslides in Bududa district following heavy rains that hit the area on Tuesday, Uganda Red Cross said on Wednesday.

Reports state that the rains cut off routes and left households of about 200 people destroyed in an area called Naposhi.

Uganda Red Cross has placed the death toll at two, adding that efforts are still ongoing to find missing persons whose number stands at 3, so far.

The humanitarian agency also said that 4 other people were referred to Bududa Hospital for medical care after sustaining injuries.

Irene Nakasita, the Public Relations Officer for Uganda Red Cross told SoftPower News that accessing the affected areas has been difficult since the roads are slippery.

She said it has been raining since Tuesday, making the intervention efforts challenging.

“Over 200 people have taken shelter in nearby places because given the nature of the area, we can’t gazette any place for shelter,” she said.

“There is an ongoing relocation exercise by government”.

Nakasita said the persistent rain have stalled Red Cross’ assessment which would determine the magnitude of relief aid.

“We have to first conduct an assessment to establish the number of those affected as well as their needs. But this has been difficult because the rains have continued since yesterday”.

Bududa has suffered perennial landslides, the most recent one having been in July this year when 6 people died.

Rains caused landslides, destroying property and displacing about 300 people in the sub-counties of Buwali, Nalwanga, Bukalasi (where the 2018 landslides occurred), Bubita and Bumayoka.

At least 17 people, 8 of them children, were left injured and rushed to Bududa hospital. Fifty (50) households were left displaced.

The affected persons were transferred to Bulambuli where government acquired over 1,500 hectares of land where some of the people have already been resettled.

Government said at the time that 120,000 people still live in high risk areas in Bududa and these require to be resettled.

The plan is to transfer 10,000 people every year over a period of 10 years but this is still hampered by the inadequate funding.

The Office of the Prime Minister gets Shs 8bn every year to cater for relocation of displaced persons, however, this budget can only facilitate relocation of only 1,000 people since the process involves construction of housing units, other social amenities as well as feeding them for at least one year.

However, the 10 years through which government plans to relocate the 120,000 people in a phased approach seem too long and the country might continue to lose lives to what has become.

In June, Martin Owor, the Commissioner for Disaster Management in the Office of the Prime Minister, said government may soon consider borrowing a loan to expedite this plan.

He also said the other challenge that government has and is still faced with is the resistance from some of the communities in the landslide-prone areas towards resettlement. 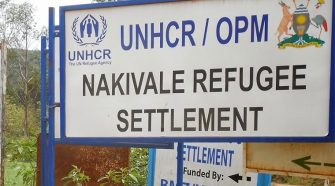 Rwandan Refugee Shot and Killed by Armed Assailants in Nakivale