Two Ugandan juveniles who were yesterday kidnapped in the neighbouring Democratic Republic of Congo (DRC) have been released unharmed after payment of Shs 2m as ransom.

Niwagaba Akim, 13, and Ayinamani Ramathan, 10, both pupils of Ntugamo Primary school in Kanungu district were reportedly kidnapped on Saturday at around midday by two armed with AK 47 wearing a unique in rag form and walked away with them to an unknown destination.

The incident happened at Manure, Bugarama Cell, Munyaga Parish, Binza Parish in DRC where the juveniles had gone to chase birds from their rice plantation in company of their mother who was a distance behind them at the time of being kidnapped.

On Sunday, Police say, the victims had been released after parents offered money demanded by the kidnappers as a ransom.

“Subsequent to the kidnapped boys from Kanungu vide Butogota SD 10/20/07/2019, on 20/07/19 at around 12:00 hours at Manure Bugarama cell Munyaga parish Binza s/c DRC, the two victims have been released in the evening of 21/07/19 at around 20:00 hours after payment of 2M UGX was given to the kidnappers as ransom in DRC by the parents,” Elly Matte, Kigezi region Police spokesperson told SoftPower News on Sunday.

“They strictly used only text messages in giving instructions and negotiations until they were set free while in good health condition,” he added.

While addressing journalists at the Police headquarters in Naguru on Monday Police spokesperson, CP Fred Enanga, cautioned the public from paying any form of ransom to kidnappers saying it rewards criminals and facilitates more of the crime. 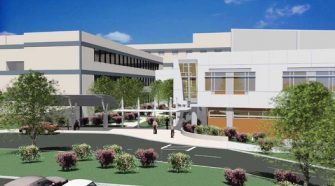