Two Ugandans are reported to have been subjected to torture and their rights violated before they were deported from Rwanda.

The victims have been identified as Buwambwe Brian and Wasswa Abdul.
Sources say they were found to possess outdated identification documents and were thus regarded as prohibited immigrants by Rwandan authorities.

The incident occurred Monday at around 6pm.

He also cited Article 38, 29 of the Ministerial Order No 0201 of 31/05/2011 establishing regulations and procedures of implementing Immigration and Emigration law.

“The Directorate of Immigration and Emigration has issued you with a deportation order and declared you a prohibited immigrant. Buwabwe’s documents are said to have been outdated while Wasswa had no identification.

However, Wasswa and Buwambwe complained to authorities in Uganda that they suffered beating and torture prior to their deportation to Uganda, and that their rights were abused.

They also say they left behind their property including a car and house hold items) worth lots of money. 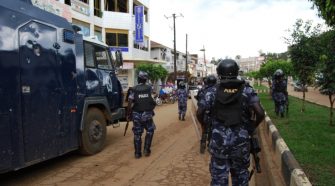