Peter M Macharis, the Counsellor at the Kenya High Commission in Uganda has revealed that over 200 golfers have been lined up for the upcoming golf tournament to mark Kenya’s Independence Day ‘Jamhuri Day’ slated for December 12.

Speaking during a press conference held at Golf Course Club on Friday, Peter noted that the game is anticipated to bring in high profile dignitaries from across the region with passion in golf to simply come play for fun.

“This is simply a networking event for professionals to hook up, share ideas and strengthen their work relations, and business opportunities for further growth,” Peter said.

For Peter, what is anticipated to be a great tournament is a way to give back to the Ugandan society. A number of gifts will be given to the participating players.

“I too am prepared to win at least some games but it doesn’t make sense for me to feel good for taking a gift hamper as an organizer yet our Ugandan friends would have rather taken it up,” he said.

The golf tournament is in its eighth edition and has already attracted a number of sponsors.

Peter says the game will not focus on numbers but rather the social interaction and bonding between participants as key to their agenda of breaking barriers created by borders.

Samuel Matekha, the Head of Marketing and Communication at KCB Bank Uganda, one of the sponsors of the event said the event provides a great way for them as a brand to come back in the sports arena.

The Kenyan Ambassador to Uganda, Kiema Kilonzo recently announced a series of activities to mark Jamhuri Day, in the month of December, which are geared towards promoting relations between Kenya and Uganda, showcasing Kenya’s cultural diversity, promoting regional commercial integration and promoting Kenya as a tourist destination.

The Kenyan envoy said that the golf tournament on Saturday will facilitate a stress free environment for interaction and conversation on trade and investment between government officials, the cooperate world, and other like-minded persons. 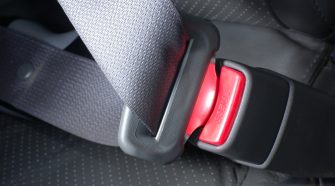