Cases of sex related crimes and defilement in particular are among the crimes that increased in the year 2018, according to the latest Police annual crime report.

Defilement alone accounted for 15,366 cases in 2018 which is a 2.3 percent rise from the cases (of defilement) reported in the previous year.

While presenting the statistics on Monday, the Police Director of Criminal Investigations, AIGP Grace Akulo said that 201 of the defiled victims were infected with HIV in the process.

In explaining the push factors behind the rise in these cases, AIGP Akulo told reporters that this is due to a number of reasons. She cited the decadency that is increasingly eating up the moral fabric of society saying “there are people that are sleeping with hens, cows and goats”.

“Parents are busy and children, especially girls, are left home with their brothers, uncles and relatives, who then defile them,” Akulo added.

She however also partly faulted the victims (girls) themselves whom she blamed for entice boys by dressing indecently.

“Some of these girls think they can use their bodies to get whatever they want,” she added.

While it may seem that indeed the incidence of defilement rose in 2018, both Rachael Musoke, the Senior Technical Advisor for the Justice Law and Order Sector (JLOS), and the Police Chief Political Commissar, AIGP Asan Kasingye argue that this could also imply that the rate of reporting these cases has increased due to the awareness raised by Police and other stakeholders.

AIGP Kasingye told SoftPower News that the Police has in the recent past undertaken some major reforms in the processes through which defilement cases go. This, he explains, has eliminated issues that used to block these cases from either being reported to Police or prosecuted.

“The justice law and order sector institutions sat down and analyzed why gender related cases were always up and what mitigating factors were needed to bring those cases down. We placed emphasis on sensitization, education, capacity building and involvement of other stakeholders”.

“We came up with a referral pathway – the activities of duty bearers in protecting these children,” he says.

These duty bearers include the Police, medical workers, Local Council leaders, the Directorate of Public Prosecution and social welfare officers.

He says that initially, there were so many cases that were not reported and couldn’t make it to Police stations either due lack of awareness, cultural inhibitions or even compromising (by defilers) of victims or their families.

“We realized that whenever we gave people the Police form 3 (medical report form), they took it to the health worker, got an examination and after establishing that there was rape, they use this (form) as an extortion tool,” AIGP Kasingye said.

“They sit and tell the person (perpetrator) ‘If you don’t bring this money, a crime of defilement carries a maximum sentence of death’. And a lot of money changes hands. That is what people were doing”.

However, the system has now been reformed to eliminate these loopholes, he says. Under the new system, after a case of defilement has been reported, Police issues the medical form but which is escorted by a Police officer (Child and Family Protection officer) who accompanied the victim to the health worker for an examination.

“Immediately the medical report is done, it is then taken to the Police where a file is compiled and forwarded to the O.C CID”.

“With time, we realized that when people were not benefitting (and comprising) from the system, they would rather have that person prosecuted. And because someone was prosecuted, another person who wouldn’t have reported, also comes to report”.

Kasingye however partly attributes the tendency of bribery to the stringent penalty that was previously provided in the law for those found culpable of defilement. Defilement was a capital offence punishable by death.

But later, the law was amended to restrict the death penalty only to aggravated defilement (cases where the victim was infected with HIV in the process of the defilement).

“A lot of financial motivation would be because one knew they were going to suffer death. Parents would want to pay anything,” he said. 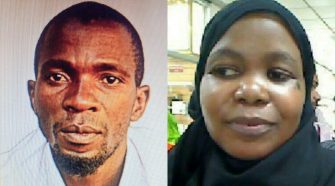