A total of 420kms were added on Uganda’s paved road network in the financial year 2018/19, the biggest stock ever made in a single year by Uganda National Roads Authority (UNRA).

As a result, the total paved road stock now stands at 4,971kms representing a 2 percent increment from what existed in 2017/18.

A paved road is one with durable surface material – either concrete or some form of bituminous covering such as Macadam or asphalt.

The UNRA Executive Director, Allen Kagina revealed this Tuesday while briefing reporters on the performance of UNRA for the year ending June 2019.

The total approved budget for the Authority in the year under review was Shs 3.44 trillion and by the end of the year, 100 percent of the approved development budget by government (Shs 1.61bn) was released. UNRA spent 99.8 percent of the budget.

However, the absorption of the external funded projects was at 66.4 percent. Kagina attributed this performance to projects which were budgeted for in the expectation that financing agreements with partners would be signed in the year. But this did not happen.

In the same year, 372kms on 6 national roads underwent rehabilitation and 155kms were completed out of the targeted 237kms.

The Authority performed above target on road maintenance with 93 percent of the paved road network in fair to good condition, and 75 percent for the unpaved road. This is against the National Development Plan (NDP) II target of 85 percent and 70 percent respectively.

Seven contracts were awarded for the upgrade/rehabilitation of roads. Among these is upgrading of Rukungiri-Kihihi-Ishasha-Kanungu (75kms) and Masaka-Bukakata (41kms) to bituminous standard, construction of Lot 1 of the Kampala flyover, construction of Busega-Mpigi expressway (23kms) and rehabilitation of Kampala-Mukono road from Nakawa Spear Motors junction to Seeta (9kms).

A total of 5 bridges were completed, including Source of the Nile Bridge in Jinja, Nakalasi, Lopei, Kaabong in Karamoja, and Ruzairwe in Kibaale.

Regarding axle load control, UNRA has reported that a total of 1.36 million vehicles were weighed compared to 1.24 million in the previous financial year. Kagina said the percent of the weighed vehicles that were overloaded decreased by 0.7 percent.

This overall progress notwithstanding, the Executive Director said the issue of inadequate funding remains a serious constraint.

“The financing for road development programme remains constrained and therefore UNRA is unable to commence procurement and implementation of projects to cope with the demand,” Kagina said.

She said that the tourism roads in particular, and many other priority road projects in the NDP II are yet to be implemented due to lack of funding.

UNRA’s operational budget has remained inadequate and the same over the years despite increase in development and maintenance programmes as well as operation and administrative costs, she said.

This financial year (2019/20), UNRA is operating on a budget of Shs 4.2 trillion with Shs 1.74 trillion funded by government and Shs 2.17 trillion externally. However, Kagina revealed that by the close of the last financial year, the Authority had a Shs 474bn debt owed to contractors, supervisors and suppliers.

In addition, the ongoing projects under government development have a deficit of Shs 500bn in this financial year. This means that the allocated budget for 2019/20 is short by about Shs 909bn.

“We paid debt when we received the Quarter 1 release, as required by law”.

Kagina as well highlighted procurement delays resulting from many whistleblower complaints, as another challenge. 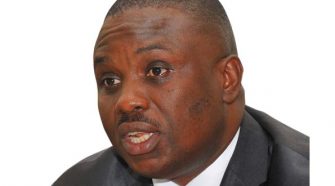