As at December 19 when Parliament broke off, the House had approved a total of 11 external loan requests to a tune of over Shs 7.56 trillion in the calendar year 2019 alone.

In the same year, the Export-Import Bank of India, gave Uganda US$ 5 million as well as the US$ 15 million from the African Development Bank [AfDB] as guarantee for lines of credit to Uganda Development Bank Limited (UDBL).

Parliament also approved US$ 379.71 million in promissory notes to FINASI/Roko Construction SPV Limited for the financing of the International Specialized Hospital of Uganda at Lubowa, Wakiso district.

The legislators also approved US$ 100 million which is approximately Shs 380 billion from Standard Chartered Bank, Uganda to finance classified expenditure under Ministry of Defence and Veteran Affairs for the FY 2018/19.

In the same year, Parliament okayed the proposal to borrow USD 104 million from Standard Chartered Bank to finance the National CCTV Network Expansion Project. The project is meant to enhance security in urban areas so as to reduce crime.

A motion authorizing government to borrow up to Euros 101.88 Million from the UK Export Finance (UKEF) for the development of Solar Powered Irrigation and Water Supply System Project was also given approval.

Parliament also passed USD 456 million from the EXIM Bank of China to finance the upgrade and construction of National Oil Roads among other loans.

The government’s public debt is projected to continue rising year-on-year as more debt is incurred to finance the government’s infrastructure priorities.

Uganda is classified as a low risk debt country, according to International Monetary Fund (IMF) but remains vulnerable to external shocks.

The level has been kept under check because of a well-laid out repayment plan managed under the Medium Term Debt Management Strategy (MTDS).

In the 2019/20 budget Shs 3.1 trillion, which represents 9.6 percent of the total budget, will go towards interest payments.

The money, which will be mobilized from domestic revenue, is an increment from the Shs 2.5 trillion, which was allocated to interest repayments for the 2018/19 financial year. 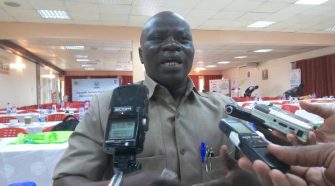