The release event took place at the President’s office Auditorium in Kampala.

While presenting the results, Dan Odongo, the UNEB Executive Secretary, said it is the first time that more females registered than males. He said  of the total number of registered students, 144,256 were beneficiaries of Universal Secondary Education.

The results indicate an improvement in overall performance in Biology, Geography, Agriculture and Art. However, Odongo revealed that a significant drop has been registered in English Language, History and Commerce. He noted that failure in report writing contributed to the drop in English language.

“Candidates failed report writing, with many writing letters or minutes of a meeting. They had problems in composition writing, summarising a passage and interpretation of passages and contextual meaning of words in a passage,” said Odongo.

“In creative composition, candidates crammed and reproduced passages irrespective of the question they are answering and used inappropriate vocabulary – words they themselves did not understand,” he added.

In terms of gender, female candidates performed better than males in the English language.

Odongo says, in other large entry subjects, male candidates have shown better performance, with the differences more marked in Mathematics and the Sciences.

“The level of performance of females in Sciences, especially Physics and Chemistry is quite low with nearly 60 per cent unable to get a pass 8,” he says.

According to Odongo, the Board has observed that one of the results for failure in some subjects is the desire by teachers to complete the syllabus before the stipulated time.

“Evidence available indicates that in many schools, teachers are made to cover the syllabus by the end of Senior three or latest by term one of senior four. The result is that some topics are skipped or lightly dealt with and learners miss out on basic principles,” Odongo noted.

On performance in science subjects, he said there is an improvement in the skill of connection of electrical circuits and taking measurements of voltage and current in physics. However, learners encountered problems in handling the apparatus during the practical tests as well as making and recording observations and drawing conclusions from observations, tabulation and interpretation of results.

UNEB has withheld results of 1,262 candidates on grounds of suspected examination malpractice in form of external assistance, collision among candidates, impersonation and script substitution especially in Physics, Chemistry, Biology and Mathematics.

There is a slight reduction in the cases of the withheld results compared to 2018 where results of 1,825 candidates were withheld. 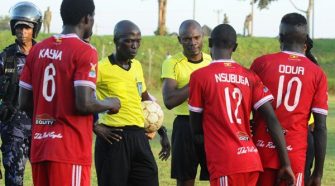