First I want to assure all Ugandans that the forthcoming General Elections will be conducted peacefully and safely as guided by the Electoral Commission.

There some selfish individuals who have been calling for the postponement of the elections. The Position of Government is that elections cannot be postponed and will go ahead as scheduled.

Government is doing all it can to ensure that the elections are held in a manner that does not expose people’s lives to COVID-19.

On this point, I want to inform the public that the Minister for Constitutional Affairs has presented to Parliament a set of regulations that will guide how Political Parties will chose their flag bearers.

The regulations have been presented to the Legal and Parliamentary committee of Parliament and in a few days, Government will come out to guide the public on these detailed proposals.

Basing on these proposals, I want to assure the country that nomination of party flag bearers will be conducted successfully and safely bearing in mind the existing COVID-19 guidelines.

We are also aware that the Electoral Commission is currently consulting all stakeholders on how political campaigns can be conducted in a safe manner.

So far a number of issues have been picked up from these consultations and the Electoral Commission will be providing more guidance on how candidates can safely conduct their campaigns.

Some of the suggestions coming up include holding small meetings where social distancing can be allowed and using community megaphones (Bizindalo) in areas where access to radio is weak. Etc.

It is however unfortunate to hear some politicians calling for a State of Emergency to be declared in the Country.

Uganda is very peaceful and stable and elections will be conducted peacefully under the existing COVID-19 guidelines. Individuals calling for a state of emergency are doing so for selfish reasons.

For example we have observed that a number of media houses and politicians are misusing their airtime and space to misinform the public.

A lot of the talk shows on radio and television are using hate speech that has potential to instigate tribal and political hatred.

I want to warn all media houses and political candidates that this kind of programing will not be allowed. Political Campaigns on all media houses have to be conducted in a manner that is guided by the existing minimum broadcast standards.

Secondary, any form of large gatherings or motorcades, boda boda escorts that accompany politicians to and after their media talk shows will not be accepted.

We expect that all leaders that intend to participate in this election will exhibit responsible leadership and advise their supporters not to gather in huge numbers.

I want to call upon everyone to remain calm and patient trusting that government is doing whatever it can to keep everyone safe during the elections.

Allow me to also speak out on the unfortunate practice of huge gatherings at burials that has started to emerge. As you may recall, existing Presidential guidelines together with Ministry of Health recommend a limited number of people during burials.

I want to remind everyone involved in the process of organising funerals to remember this directive and urge security personnel to always enforce it.

Finally, on the issue of reopening arcades and allowing boda bodas to resume, cabinet will seat tomorrow to receive reports done by a verification team. Cabinet will therefore advise government on how to proceed afterwards.

Let us remain focused on preventing COVID-19 by being law abiding citizens and following the Presidential Guidelines.

Remember to wash your hands with soap always, maintain social distancing and wear the mask all the time while in public.

For God and my Country 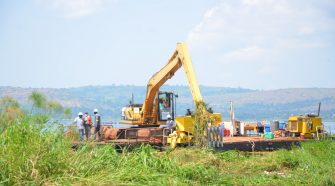