The number of individuals who have so far expressed interest in running for Presidency in the 2021 general elections has reached 29, according to the Electoral Commission.

Last week, former Minister of Security, Lt Gen Henry Tumukunde formally announced his bid and notified the electoral body of his intentions to run. He was given a nod of approval to begin consulting the populace, as provided for in the Presidential Elections Act.

The list includes Kyadodo East MP, Robert Kyagulanyi (Bobi Wine) and Elton John Mabirizi who was among the Presidential candidates in the 2016 elections.

Others are former FDC mobilize, Byamugisha Moses and Ruhinda Maguru who made an attempt previously but bowed out of the race. The list also has two women – Darlen Kamusiime and Grace Kabarungi Muluya.

The number of aspirants is expected to rise further since the incumbent, President Yoweri Museveni who has already been endorsed by all organs of the ruling NRM party to run in the Presidential elections, has not yet formally announced his bid. His four-time challenger, FDC’s Dr Kiiza Besigye is still missing on the list.

The list of 29 also excludes former FDC President, Maj Gen (Rtd) Mugisha Muntu who now leads the Alliance for National Transformation (ANT) party and is projected to run for President.

“We have received many people and we are still receiving more. After the last one of Lt Gen Henry Tumukunde, about seven have come in to express interest,” EC Chairman, Justice Byabakama said.

“As a Commission what we do when we receive these introductions or notifications, we give a standard guiding document that ‘Look you can only do this, refrain from doing this’,” he added.

Section 3 of the Presidential Elections Act 2005 provides that an aspirant may consult in preparation for his or her nomination as a Presidential candidate within 12 months before the nomination date. The same Act provides for the aspirants to carry out nationwide consultations.

However, in recent months, Bobi Wine has had several run-ins with the Police which blocked many of his consultation meetings despite having notified the Electoral body. Police has repeatedly said Bobi Wine did not fulfill some of the requirements.

The issue of Police stifling activities of the Opposition has since attracted the attention of Parliament. Recently, the Speaker of Parliament, Rebecca Kadaga expressed concerns over Police’s frustration of Presidential aspirants’ consultations yet they are provided for in the law. She has since summoned the Prime Minister to make a statement on the matter.

Commenting on this, Byabakama said anything to do with public activities cannot exclude the aspect of security.

“And that’s why the Police has to come in to ensure that whatever process is undertaken across the country security for person and property is available,” he added. 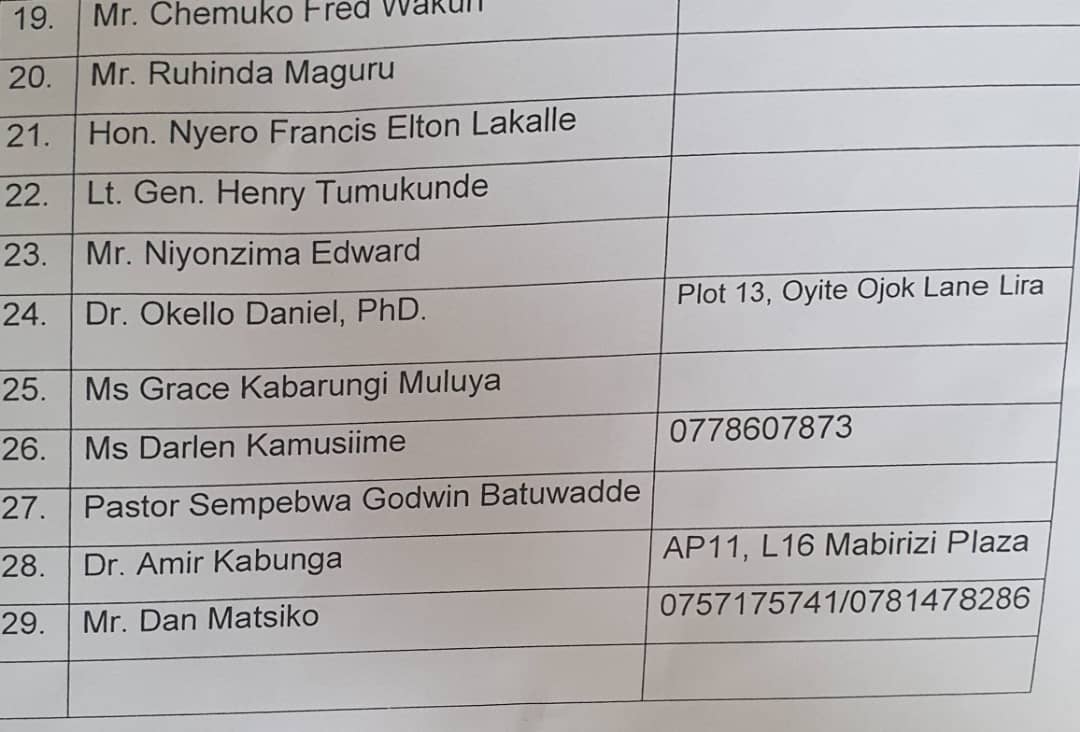