The wreckage of one of the vehicles involved in the accident.

Three people have been confirmed dead in an accident along the Fort Portal-Kampala highway.

Lydia Tumushabe, the Rwenzori regional Police spokesperson has told this news website that the driver of the commuter taxi was over-speeding and could not brake upon realizing a stationary truck in front of him.

The deceased include Byamukama Kajura the driver of the taxi, Sam Kabiito and another 20-year-old passenger who could not be identified by press time.

Tumushabe says that three other passengers that include Walter Natukunda, Eva Tushimire, and Peter Asiimwe were rushed to Kyenjojo main hospital for treatment in a critical condition.

The police have towed the wreckage of both vehicles to the Kyenjojo district Central Police Station while the bodies of the deceased have been taken to the mortuary for a postmortem. 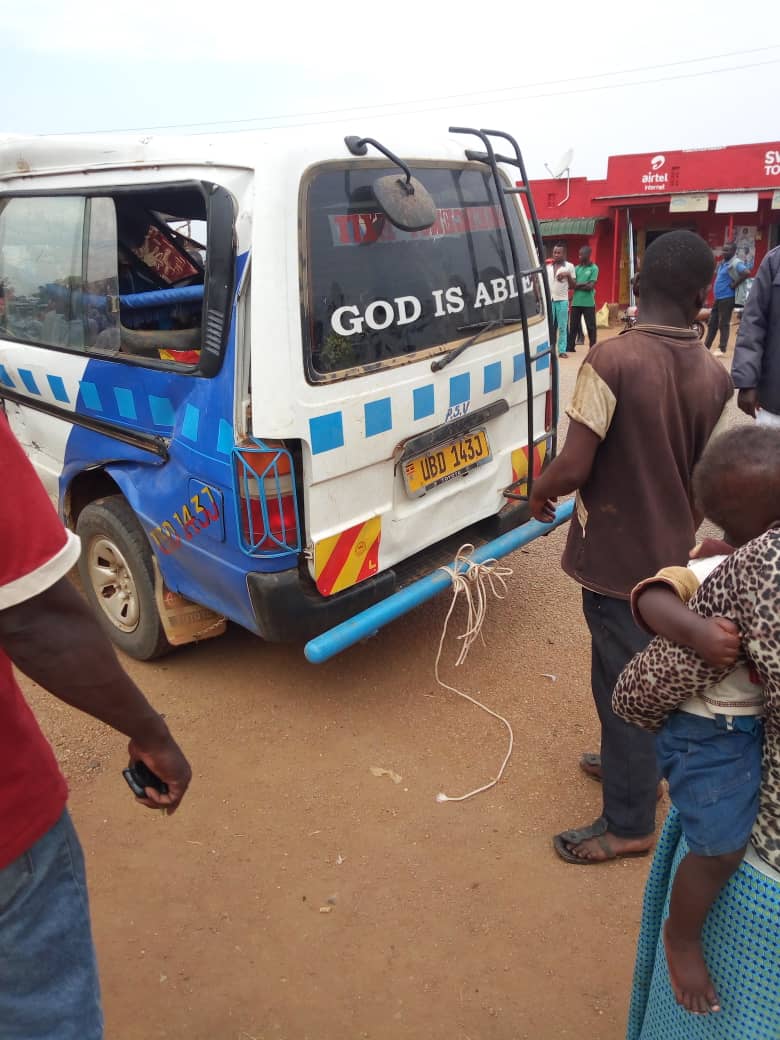