Three local government officials from Lyantonde district have been arrested by the Inspectorate of Government and charged with embezzlement, false accounting, conspiracy to defraud and abuse of office before the Anti-corruption Court.

The trio pleaded not guilty before His Worship Namusobya Sara and were released on a cash bail of Shs 2 million each. Their sureties (2 per accused person) were bonded non-cash of Shs 30 million each. The case will come up for mention on 21st October 2019.

They were charged with false accounting by a public officer contrary to Section 22 of the Anti-Corruption Act, 2009. Prosecution alleges that Byarugaba and Businge on or about September 10 2015 in Lyantonde district being employed in the Public Service, knowingly furnished a false return of Shs 8.3m meant as transport refund for participants and facilitators at several workshops held in Lyantonde district during the F/Y 2014/2015.

The two were the officers charged with receipt and management of UNICEF funds amounting to Shs 30m.

Byaruhanga was charged with embezzlement contrary to Section 19(a) (i) (iii) of the Anti-Corruption Act, 2009.

It is also alleged that Byarugaba between 26th May 2015 and 24th June 2015 while employed as Acting District Education Officer for Lyantonde district stole Shs 8.3m which came into his possession by virtue of his employment.

Prosecution adds that contrary to Section 11(1) & (2) of the Anti-Corruption Act, the three officials abused their offices when between 26th May 2015 and 24th June 2015 paid Shs 5,000 as transport refund to participants in workshops organized by the Education Department.

This was contrary to what had been budgeted and provided for, acts which were prejudicial to the interests of their employer, participants and facilitators.

Under another count (conspiracy to defraud), prosecution alleges that Byarugaba, Byarutinda and Businge in May 2015 conspired to defraud the government of Uganda of Shs 8.3m meant to facilitate participants and facilitators at several workshops organized by the Education Department. 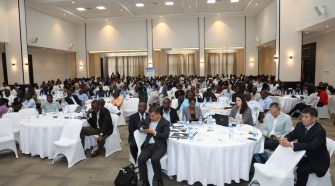