Three Ugandan innovators have been named among the regional finalists for the 2018 ASME Innovation Showcase (ISHOW), the first international competition to recognize and reward hardware-led social innovation.

The American Society of Mechanical Engineers (ASME) is the world’s largest organization for mechanical engineering.

The three Ugandans are part of the 8 social-minded inventors from Eastern and Central parts of Africa that will present their innovative design prototypes in Nairobi on May 10.

The three Ugandans are Julius Mugaga, Manon Lavaud and Grace Nakibaala whose innovations are in the fields of medical diagnosis, energy and sanitation.

Mugaga invented ‘Lumenda’, an affordable and portable device for rapid and accurate diagnosis of neonatal bacterial meningitis in low-resource settings. It is designed to save the lives of thousands of neonates each year who are not treated properly due to the high cost of diagnosis.

Manon’s ‘Musana Cart’ provides the tools and support to street vendors to achieve a clean, sustainable, and dependable work environment. A solar panel is incorporated in the canopy of the cart to provide vendors with light after sundown. It also replaces charcoal for cooking with a more efficient, eco-friendly alternative fuel.

On her part, Nakibaala will be showcasing ‘PedalTap’, a no-touch, cost-effective, water-dispensing system actuated by a foot-pedal. It can be connected to any tap system and is designed to reduce the spread and frequency of infectious diseases in public spaces.

Four other innovators are from Kenya while the other is from Zambia.

Africa will be the second region where finalists selected from over 150 entries worldwide will compete. A panel of esteemed experts recently announced winners in South Asia and is currently evaluating design submissions from the United States.

They will present their prototypes on May 10 at the Royal Orchid Azure Hotel Nairobi, Lantana Road Westlands, Nairobi.

A panel of judges will choose three hardware designs per country as grand prize winners. This year, ASME received more than 150 submissions vying for the USD 500,000 in cash and in-kind prizes that the organization is offering to help bring these socially innovative hardware-led solutions to market.

“We believe this year’s entries all have the potential to address some of the most vexing issues faced by humankind”.

The 2018 ASME ISHOW will feature a range of devices that promise to make a transformational economic, environmental, and social impact in underserved communities around the world.

During the competition, the finalists will pitch their product prototypes to a panel of judges that include successful entrepreneurs, academics, and founders of venture-funded startup companies. The pitches will outline the engineering design attributes of the prototypes and also include a discussion of plans for manufacturing, implementation, marketing, and financing.

The winners selected in Nairobi and two other ISHOW events in Bengaluru, India (April 5), and Washington, D.C. (June 21), will share USD 500,000 in seed grants, technical assistance, design and engineering reviews and access to ISHOW’s partnership network.

“We celebrate their new ideas and innovations, which are pushing our collective knowledge frontier outward and solving problems to improve the lives of all people”. 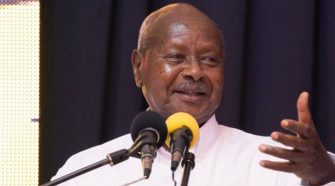