The three were recognized at a youth gathering that brought together the finalists of past competitions since 2016.

They will join the official Uganda country delegation to the 2018 Spring Meetings of the International Monetary Fund (IMF) and the World Bank Group taking place from April 13 to 22 in Washington DC, United States of America.

In addition to the all-expense paid trip to Washington DC, the three Ugandan winners will join winners from other African countries and engage in a number of activities, including meeting with senior government and World Bank officials to share their ideas and stories.

Their essays are also posted on the World Bank Group blog site Nasikiliza, so they can share their ideas with young people in other parts of the world.

The #Blog4Dev series is in its third year, having been initiated in 2016 to inspire youth to think creatively, innovatively and practically about solving some of the most pressing development challenges in Uganda. It aims to give youth a voice and harness their ideas to ensure they become part of the solutions.

Gender-based violence, the special theme of this year’s competition, poses a major development challenge in Uganda. Slightly more than half of girls and women in Uganda aged 15 to 29 have experienced physical violence since the age of 15, and 28 percent of women overall have experienced sexual violence in their lifetime.

Christina Malmberg Calvo, World Bank Country Manager in Uganda said that if Uganda takes strong action to end violence against women and girls now, US$2.4 billion will be saved every year by 2030.

“There’s a big cost to inaction. The #Blog4Dev gives young people a chance to tell their stories so we can understand better the issues and take determined action,” she said.

Gender Based Violence (GBV) includes physical violence, rape and sexual assault, child and forced marriages, female genital mutilation, human trafficking, and the denial of resources and services. GBV knows no socio-economic or national boundaries and no country can afford it.

“Most interventions make the mistake of empowering select groups of girls more vulnerable to Sexual and Gender Based Violence but forget that if not duly helped, their communities will not be able to create a sustainable support structure to encourage their efforts towards both prevention and intervention. We realised that the villages possessed water committees that were very efficient when it came to cleaning and maintaining water resources, and could be used as platforms to sensitize communities against gender-based violence,” writes Tendo Namata in her winning blog.

Helda Mary Akongo, who works as an Operations and Programs Manager with Zimba Women, an organisation that uses technology to empower Ugandan women, further explained: “Encouraging victims to speak up, creating awareness, providing support for victims and educating them and the public about online and offline Gender-Based Violence is what it will take to end this vice.

Technology can be used as an essential tool for combating this depravity, and it is precisely what I am setting out to do.”

In his blog, Douglas Dubois Sebamala makes a strong case for use of performance and creative arts to bring attention to gender-based violence, and help victims heal faster from their trauma.

“Allowing creatives to share others’ stories through communal theatre pieces, anthologies, song or dance would have venting therapeutic resonance that can send information directly and return effective results faster than police threats of arrest,” said Sebamala, an actor on NTV’s Second Chance series who also works as a Public Relations Officers and Marketing Manager for Silent Voices Uganda.

The 2018 contest was open to Ugandan youth aged between 18 and 28 years and attracted more than 200 applicants. To participate, contestants submitted a 500-word essay on what it will take to end gender-based violence in Uganda.

Essays were judged by the winners of the previous competition who included Stephen Katende and Fionah Komusana, finalists in 2016; and Mercy Melody Kayodi and Joseph Lule who took the top honours in 2017. A 5-member panel of judges comprising of World Bank staff interviewed the top five contestants and selected the final three. 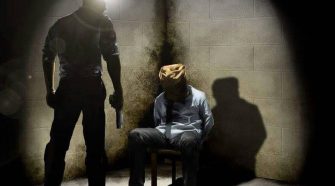