The biggest ever French business delegation to Uganda is in the country to study the oil and gas industry and forge partnerships with local businesses.

The companies are spread in areas of infrastructure, equipment, consultancy, logistics and services.

The mission is organised by Business France, the French national agency responsible for promoting France’s export growth and international investment, together with Evolen, the association promoting French expertise in the Oil and gas sector, and Total E&P Uganda.

On Tuesday, the delegation took part in the ongoing France-Uganda Oil and Gas Business Forum at Sheraton Hotel Kampala.

The Forum was officially opened on Tuesday by Hon. Simon D’Ujanga, Minister of State for energy who briefed the French delegation on Uganda’s oil and gas industry.

Later, they were hosted to a cocktail at the residence of the French Ambassador Stephanie Rivoal in Nakasero where in a bid to further network with local business executives.

In her remarks, Ambassador Rivoal noted that France is ready to be a close partner with Uganda in the development of its oil sector which she said will steer the country’s socioeconomic transformation.

Basing on a projected impression of the role of oil production in the development of Uganda, the Ambassador said that by 2040, the country will have achieved upper middle income status.

She also said a diversified economy of agriculture and tourism will be at the forefront of these gains.

“In 2040, Uganda will have become a regional energy hub bridged with other Francophone African countries which are oil producers. Frace will be the largest foreign investor and we shall bring the know how in the electricity, roads adnd projects of mutual interest,” she added.

She was however quick to add that challenges such as the Dutch disease, mismanagement of the oil revenue, a bad business environment and bad governance are likely to hamper this development.

“I am an optimist andi Wang to believe that Uganda will overcome these challenges, because together we shall make this vision come true.,”

Dr. Elly Karuhanga, the Chairman of the Uganda Chamber of Mines and Petroleum referred to the visit by the French companies as “a historical moment on the continent”.

With up to USD 20 billion likely to be invested in the lead up to the oil production phase, he said that French companies will have goof business and asked them to retain their capital in Uganda.

He said that the country is stable both economically and politically and thus making a favourable environment for business.

Xavier Chatte-Ruols, the Managing Director for East Africa Business France said “these companies are here to better understand the oil and gas sector and to meet potential business partners”.

“We can bring equipment and skills but the local players understand the market better. In order to develop a strong longer term collaboration, we want this to be a win-win situation,” Xavier told SoftPower News.

The delegation will also visit the Albertine region. 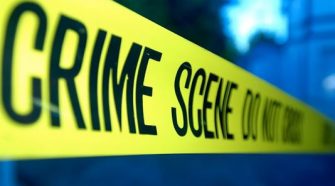 Bugiri: 6 Arrested Over Murder of 2-year-old Whose Body Was Found at a Shrine