Latest
Facebook Google+ Twitter
0Shares
30-year-old Zimbabwean media personality, Zororo Makamba has succumbed to Covid 19 at Wilkins hospital in Harare.
Zororo was the second person to test positive for coronavirus in Zimbabwe.  Makamba is the son of telecoms business mogul, James Makamba. His death was confirmed in a social media post by the Zimbabwe Broadcasting Corporation.
Businessman and family friend Mutumwa Mawere also tweeted that Makamba had died.
“Mr Zororo Makamba, the son of Mr James Makamba has passed on. MHSRIEP. I have just learned of this tragic loss of life due to the virus. A giant with so much potential has fallen. Corona is real. Let us pause and reflect. Life is too precious,” Mutumwa tweeted.
Makamba started his media career at ZiFM Stereo, Zimbabwe’s first private radio station, and later worked in television, most notably as the host and executive producer of award-winning talk show  Tonight with Zororo which aired on MNET’s, Zambezi Magic.
He has been passionate about climate change.
Post Views: 6,980
0Shares 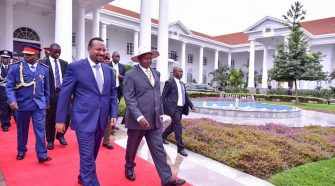