Four officials in the Office of the Prime Minister (OPM) have been arrested and handed over to the Police Criminal Investigation Department over irregular procurement of food relief that is to be distributed to the vulnerable people in the country.

Those arrested include the OPM Permanent Secretary, Christine Guwatudde, Joel Wanjara, Fred Lutimba and the Commissioner for refugees and disaster preparedness, Martin Owor.

The arrest was revealed Thursday by the State House Anti- Corruption Unit boss, Lt Col. Edith Nakalema who noted that this followed instructions from President Museveni to have the procurement investigated.

“The President directed me on Wednesday April 8 to investigate the irregularities that were highlighted in the procurement of food relief. We carried out a special criminal investigation on the on-going related food procurement exercise in the Office of the Prime Minister,” Nakalema said.

Nakalema said that the Preliminary findings have established that the Accounting Officers in the Office of the Prime Minister were inflating prices and rejecting lower price offers from suppliers of maize, maize floor and beans.

“In this regard, the Permanent Secretary Christine Guwatude Kintu, the Accounting Officer, Joel Wanjara, the Assistant Commissioner Procurement, Fred Lutimba and the Commissioner Disaster Management (Head COVID-19 Relief management), Martin Awori have all been arrested to help us with the ongoing investigations,” Nakalema said.

She noted that there were suppliers who are tested and able to offer credible supplies including MMax Investment limited, Operation Wealth Creation (OWC) who applied but were rejected.

“We have clear evidence of the well known able and credible suppliers who offered lower prices and the accounting officers of OPM rejected but instead took on the ones offering higher prices whose capacity we are even doubting,” Nakalema noted. 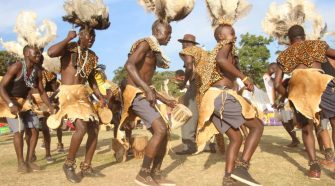