Police has charged four of its officers attached to the Field Force Unit with discreditable conduct, after they recorded a man and woman, who were making love in a car, and shared their video on social media.

The recording was made following an incident that occurred on the September 7 near Kakira main gate in Jinja district.

Police spokesperson, CP Fred Enanga said in a statement that the pair were found making love in a car and the Police officers were supposed to arrest them for being public nuisance.

“The Territorial Police in Kiira Region in close coordination with the Zonal Field Force Unit, has charged 4 Field Force Officers with discreditable conduct, after they recorded a man and woman, who was making love in a car, shared their video, while they were half naked, ” Enanga said in the statement.

Enanga says on investigation, the video which went viral was traced to officers of the Integrated Highway Patrol in Kakira, who recorded the suspects turned victims on video and shared the video using one of their phones.

“It is a serious matter when you get suspects then place them in a vulnerable position and take advantage of their situation. The behavior of the officers was unethical and immoral,” the spokesperson said.

He said that Police expects the highest level of integrity and moral strength from everyone in the integrated highway patrol and the force at large.

There is no place in the Police institution for individuals who choose to manipulate the law, force discipline and policy for their selfish interests, Enanga added.

He appealed to all officers serving in Police to desist from such behavior and continue using recordings of crime incidents strictly for evidentiary purposes. 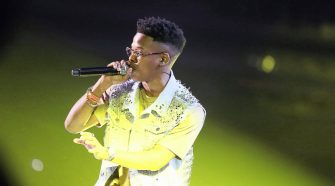