The Magistrate’s Court at the Law Development Centre (LDC) has Friday charged and remanded six people to Luzira Prison for their alleged involvement in recent kidnappings and murders.

The others are Ssendi Frank (Heavy), 24, a boda boda cyclist, Kaaya Brian, 32, a businessman and Lukwago Herbert, 36, also a businessman. They were escorted by operatives of Chieftaincy of Military Intelligence (CMI) and Joint Anti Terrorism Task Force (JAT).

The State alleges that on May 11 this year, the six persons and another one who is still at large murdered a one Rose Nakisseka at Kirinyabigo in Kanala zone in Mutundwe, Wakiso district.

They are further accused of forcibly taking away a one Nabwanika Halima against her will with the intent to procure a sum of Shs 1.15 m as ransom from her father, Fred Kassaga for Halima’s liberation. Halima was later murdered on May 24, which offence they are also accused of.

During Friday’s court session, the Magistrate could not allow the six suspects to enter a plea s their offences are of capital nature and only triable by the High Court.

They were remanded to Luzira Prison until July 11.

A man who appeared at the court accused the same suspects of kidnapping and killing of his daughter named Drina Nalule who was a student at YMCA in Kampala. 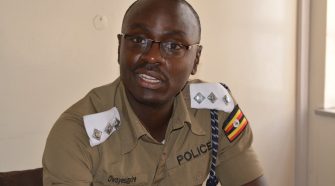