The six people, all men, were fishermen at Rwenshama landing site in Bwambara subcounty, Rukungiri district.

It is said that they were kidnapped by a group of militia from Democratic Republic of Congo on the night of May 19.

The abducted persons have been identified as Byamugisha Stillison, 22, Muhwezi Ronald, 28 and Akampurira Allan aged 26. Others are 30-year-old Tumwine Kevin, 33-year-old Tumwesigye Benard and Ainebyona Solomon aged 29. All those allegedly abducted were residents of Rweshama parish.

When contacted, the Kigezi regional Police Spokesperson, Elly Matte said the issue was outside the jurisdiction of the Police since it involves suspected militia. He instead referred us to the military.

“Talk to Ministry of Defence. This incident involves another country. It may not be Police to respond. When you talk of kidnaps and suspected militia, that automatically is beyond us,” Matte said.

SoftPower News could not get a comment from the UPDF Spokesperson, Brig Richard Karemire as his known telephone contact was unreachable.

However, Lt Col James Nuwagaba the Fisheries Protection Unit Commander confirmed the incident to this website.

“It is true. Six fishermen were taken by suspected Mai Mai. They were using 3 boats,” Lt Col Nuwagaba said.

He said that each of the boats was occupied by 2 ‘Bariya’ (fishermen).

‘Mai-Mai’ (Mayi-Mayi) are a range of local and community-based militia who were active during DR Congo’s two wars between 1996 and 2003. The groups active todate believe spraying ‘magic water’ onto their bodies defends them from bullets.

They are accused of committing several human rights abuses in DR Congo including rape and murder of children. 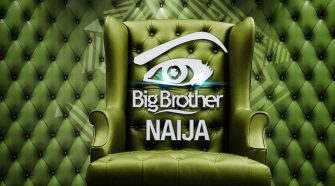