The Electoral Commission Chairman, Justice Simon Byabakama has said that in the villages where elections did not take place today, the exercise will be conducted tomorrow.

Ugandans took to the polls on Tuesday to elect their Local Council (LC) leaders at the village level, a process that had been stalled for the last 17 years.

However, the process in some areas including Kampala was marred with chaos, fighting, firing of bullets and teargas by security officers to return calm largely due to inconsistencies in the voters register.

At some polling stations including areas of Nakulabye, Kyengera, Nansana, Kisenyi, Jinja and others across the country, voters were disgruntled after failing to find their names on the register. Many faulted the Electoral Commission for ‘deleting’ their names from the register when they actually possess National Identity Cards proving their status as residents.

In Jinja, Gomba and Kyengera, Police officers were forced to fire bullets and teargas to disperse rowdy voters after disagreements broke out at the respective polling stations. 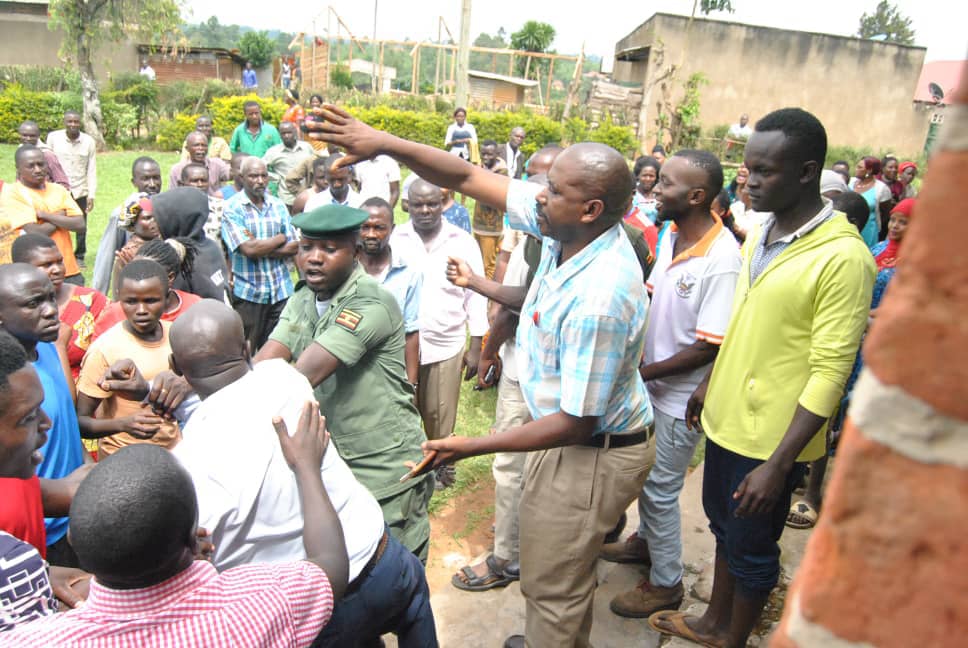 At a polling station situated at the Railway Grounds in Kampala, voters accused some candidates of ferrying people from as far as Kisenyi to vote. Claims of unidentified ‘residents’ taking part in the voting emerged at several other areas around the country.

Voting was delayed in many areas as a result of the dragged process of identifying eligible voters and reaching consensus on how to proceed.

It is such incidents that led residents in some villages to abandon the voting thus failing to elect a leader.

According to the Chairman of the E.C, Justice Simon Byabakama, at least 633 villages (polling stations) out of the total 60,800 villages did not elect leaders on Tuesday. Justice Byabakama revealed this during a press conference on Tuesday evening.

But he said in the affected villages, polling will take place on Wednesday or any other date considered appropriate by the EC.

“The law states that if voting does not take place, the exercise should take place the following day, all factors allowing. But if that is not possible, the Electoral Commission will schedule another date,” Justice Byabakama told reporters.

What is important is that citizens must be given an opportunity to elect their leaders, he said.

“There were a few isolated cases where voting did not happen. These villages were 633 from the information that we have so far gathered. This was because of people who didn’t care to register their names in the village register,” he said.

“They came and presented their IDs showing they are residents in the particular village but were told that their names were not on the register. However, they rejected these explanations and caused commotion which frustrated the voting”.

The E.C Chairperson clarified that at the affected polling stations, voting will only take place tomorrow “where the voters’ register is still available because in some places, these registers were stolen”.