Police in Kabale district has arrested seven female sex workers for disobeying lawful orders by government on preventing the spread of coronavirus.

Police says that the sex workers have continued to hang around bars and get in touch with truck drivers, an act that can easily spread corona virus.

The seven suspects are aged between 17 and 24.

Elly Matte, the spokesperson for Police in Kigezi said the suspects were arrested Tuesday night at around 11pm at Safe lodge near Bombokya in Kabale town.

Police was conducting an operation to fight the spread of coronavirus.

Matte said directives from the Ministry of Works and Transport and Ministry of Health were clear on which areas trucks should stop.

“They were given specific parking areas to prevent people especially sex workers from accessing them, an act that could end up spreading the infection,” Matte said in a statement on Wednesday.

In the wake of the Covid pandemic, government through the Ministry of Health appealed to sex workers in the country to keep away from inter-state truck drivers who at the time were the leading carriers of the infection into Uganda.

Prior to the outbreak of the pandemic, the truck drivers had been accustomed to making stopovers in select towns across the country where they spent the night usually in company of sex workers.

As a preventive measure, government issued new guidelines for the truckers, requiring them to stop at gazetted sites and to not interact with the community. 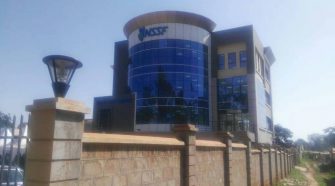 NSSF to Commission Shs 3.3Bn State of the Art Complex in Jinja Today