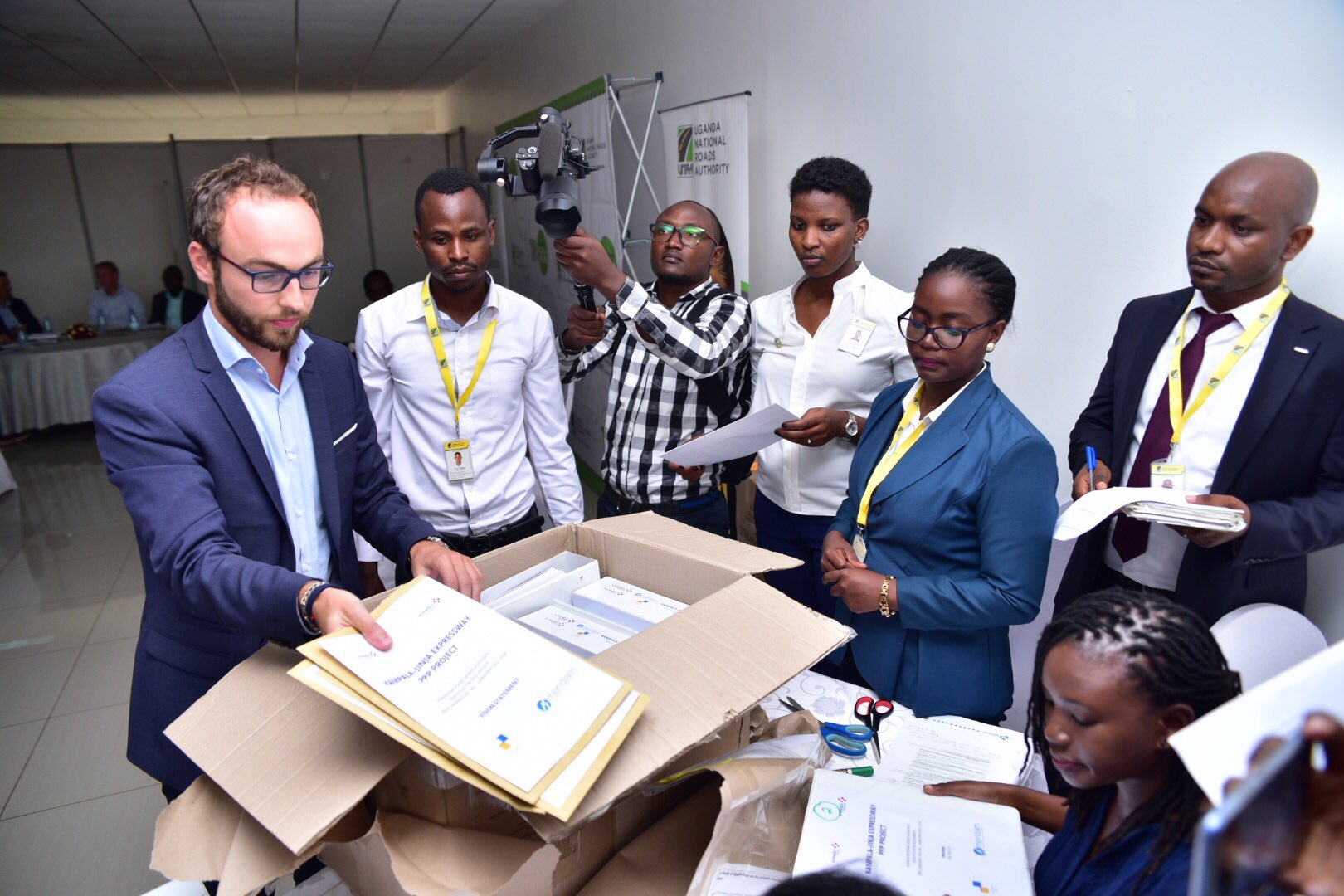 A total of eight (8) consortia have tendered in the expression of interest to bid for the construction of the 95 km Kampala – Jinja expressway.

The expressway will be the first Public Private Partnership (PPP) road project to be undertaken in Uganda and the contract is designed as a design, build, finance, operate and maintain.

Four months ago UNRA launched the procurement process seeking for potential contractors that would finance and construct the project which is expected to take 5 years in building.

On Monday, which was the deadline for submitting pre-qualification submissions, several foreign construction firms tendered in their applications.

Among them are consortia of Chinese and European companies while the others are from India and South Africa.

China Communications Construction Company (CCCC) and China First Highway Engineering Ltd form one of the consortium bidding for the project.

The others are France based Vinci SA (with KJ Connect), Germany’s Strabag (with four other firms), South Africa’s Enkula Expressway and India’s Shapoorji Pacconji.

The project is expected to cost an estimated US $ 1.1 billion, with US $ 400m from government through external financiers and US $ 600m to be raised by the successful private bidder.

The development partners including European Union, French Development Agency and African Development Bank availed funding to the government of Uganda. E.U gave a 90m Euro grant while the remaining loan is from the two other financiers.

Government will also foot the cost for the right of way (compensation). UNRA says the process of land acquisition began in 2016 and will be complete by December next year.

UNRA says that unlike the conventional approach of financing and construction of roads in Uganda, the Kampala – Jinja expressway will be competition-intensive and the builder will only get paid if the road is properly maintained.

Upon completion of civil works, the contractor will manage operations for a period of 30 years before the asset is handed to government. The financing capital (US $ 600m) by the contractor will be recouped over the same period as long as the road is well maintained.

“We expect the pre-qualification process to take a period of 2 months after which we shall announce results to the public,” UNRA Executive Director, Allen Kagina said on Monday during a news conference after receiving the applications.

“This is a major milestone in the procurement of the Kampala – Jinja expressway,” she said.

Kagina assured the bidders that the process will be transparent and fair, supervised by international advisors.

She said that the PPP model is meant to attract new forms of private capital to the county, form new partnerships, but also to leverage innovation and expertise of the private sector.

“The project has been structured with strong local content. We expect the execution of at least 30% of the value of the project being done by local companies. This is in addition to job creation and skills development,” Kagina said.

Kagina asked that Parliament expedites the passing of the Roads Bill which will operationalize toll roads.

“Bidders will be paid every year based on the road that is available. We only pay when the users are satisfied. UNRA is not going to guarantee the amount we shall pay to the bidder when the road is not delivered,” said Eng Patrick Muleme, the Head of Design at UNRA.

“The amount that the bidders will specify will be based on the construction cost, operations and maintenance including the toll operations at the plazas,” he added.

Commenting on the issue of possible flaws like bribery in the procurement process, Jim Mugunga, the Head of the PPP Unit said this is unlikely since the bidders will rely on their capital.

“You have to have money skills, technology, and an appropriate bid for you to qualify. There is no incentive for someone to cut corners,” Mugunga said.

Upon assessment and approval of the applications, the 8 bidders will submit their bids before the end of the year. UNRA says it will have selected the contractor by the end of 2019.