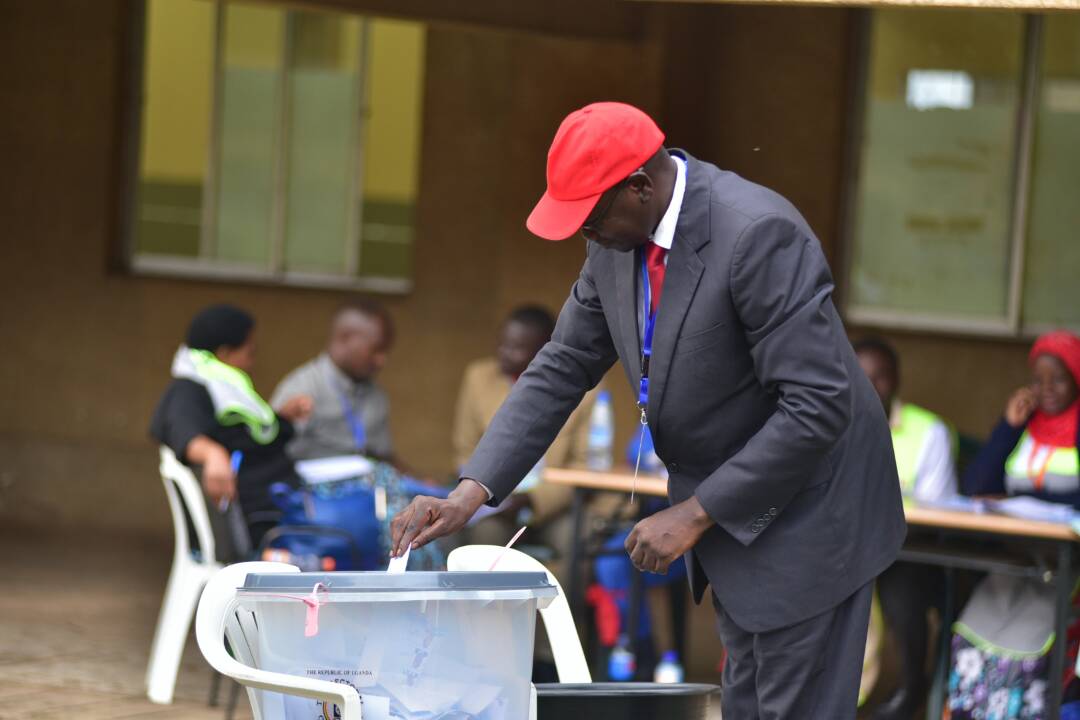 Former Army Commander Gen Mugisha Muntu has been defeated in the FDC presidential elections held on Friday November 24 at the Mandela National stadium.

Muntu, who was seeking his second and final term at the helm of the leading opposition party has polled 463 votes (47.1%) losing to Patrick Amuriat who polled 641 votes representing 57.6%.

The other two contestants Moses Byamugisha and Malcolm Matsiko garnered 0.4% and 0.3% of the total votes cast.

Amuriat beat his strongest contender on each of the 6 polling centres.

While announcing the results, Dan Mugarula, the party electoral commission Chairperson called for calm and unity saying whoever wins the party will have won.

Throughout the campaigns, Amuriat now nicknamed ‘POA’ the initials for his name, fronted a strategy that seeks to build party structures beginning from grassroots and galvanizing the defiance campaign, a brainchild of former FDC President Kizza Besigye.

In his final campaign speech hours before the polling, he appealed to voters to vote for him if they needed action. He said he will go all the way to the trenches to rid Uganda of the dictatorship.

After declaring him winner, Amuriat, thanked his supporters and promised to work along with Mr. Muntu and asked him not to quit the party.

“We need each other and I promise to look for all the people I have competed with and we have a discussion on the way forward”, said Amuriat.

His manifesto also included financial empower of party members through the formation of SACCOs in addition to encouraging youth and women participation in leadership.

Patrick Amuriat is a former parliamentarian who represented Kumi. Born in the Eastern part of Uganda, Amuriat holds a Bachelors Degree in Engineering and a Masters Degree in the same field from Makerere University. He also attained a Diploma in Education

He did some consultancy work with a number of local and international Engineering firms before joining public service as the district Engineer in Kumi. His political journey began in 1994 when he stood in the Constituent Assembly.

He joined Reform Agenda and would later in 2001 be elected as the Kumi MP, a position he held for 15 years.

In his tenure as legislator, Amuriat chaired the committees of Science and Technology; and Commission Statutory Authorities and State Enterprises (COSASE) in Parliament.
Only time will tell whether Amuriat will undertake the reforms required to propel FDC to where his predecessors Besigye and Muntu have failed to deliver it – in government.