Security agencies in Uganda have rescued the American tourist who was abducted together with a Ugandan driver, sources say.

A reliable source has confirmed to SoftPower News that Kimbley Sue Endicott, an American female tourist in her 50s and Jean Paul, the Ugandan who was driving a group of tourists at the time of the abduction, have been found.

Our source who could not provide more details said the two are still under protection.

They were traveling in a motor vehicle Reg No UAR 777E of World Frontiers Safaris Uganda with an elderly couple, also tourists.

Police said the incident occurred between 6pm and 7pm, along the Edward track, a section located between Katoke gate and wilderness camp.

A day after the incident, the abductors contacted the rescued tourists and demanded a ransom of USD 500,000 (Shs 1.8bn).

Security agencies said they were making joint efforts and that all exit areas on the border between Uganda and DR Congo had been cut off, in search for the victims.

The breakthrough in the search and rescue operation is a huge sigh of relief to the tourism industry which has in the recent years witnessed exponential growth of tourist numbers to the country.

Uganda has enjoyed uninterrupted stability and security for three decades. 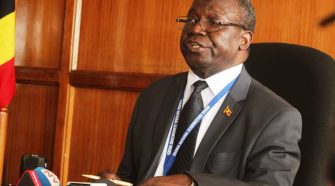