Maria Nagirinya Gateni, the Assistant Project Manager at CID, an NGO based in Muyenga, who went missing on Wednesday has been found dead alongside his driver in a swamp in Mukono district.

Nagirinya, 28 and her driver Kitayimbwa Ronald were reportedly kidnapped at the former’s gate in Lungujja, Busega Community Zone at around 11pm. It is reported the kidnappers drove the two in Nagirinya’s car, a Spacio Reg No UBA 570V to an unknown destination.

On Wednesday evening, Police found her car abandoned at Nateete with Nagirinya’s national Identity Card, her shoes and Kitayimbwa’s driving permit there in as well as blood stains in the car seats.

On Friday afternoon, Police said that the two missing persons had been found lifeless in Mukono.

According to Kampala Metropolitan Police spokesperson, SP Patrick Onyango, Police in Mukono got information on Friday that there were two dead bodies found in Nakitutuli ku Ssatu, Nama sub-county, Mukono district and rushed to the scene and preserved it before calling for other forensic officers from Kampala.

“The relatives have positively identified the bodies and confirmed that the two bodies are the people we have been looking for,” explained Onyango in a statement.

“We have arrested one suspect who is in custody to help us with investigations. We shall not share his identity with the public at the moment as it may jeopardise the investigations,” he said

Onyango explains the motive of killing is yet to be known but Police is currently investigating the case of double murder. 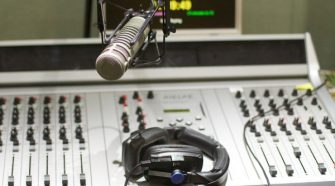