The Association of Chartered Certified Accountants (ACCA) in Uganda has donated 15,000 testing kits to boost the screening of Sickle Cell disease in Uganda. The donation is aimed at reinforcing the efforts made by government through the Ministry of Health to reduce the prevalence of Sickle Cells.

It is said to be a big threat among all non communicable diseases in Uganda as 13% of the 41 million population is said to have a sickle cells gene.

Beatrice Isagayite, the Head of ACCA Uganda said the Association’s Advisory Board took a decision to support the fight against Sickle Cell disease following a sensitization from officials from the Ministry of Health on the disease.

“We thought that as a Body, we should support the awareness and testing of Sickle Cell disease. We know testing is about Shs 40,000 and for premarital couples testing, that is Shs 80,000. This is not money that many can easily afford,” she told SoftPower News.

“So, we decided to support the screening and diagnosis of Sickle Cells by providing testing kits”.

ACCA invested at least Shs 30 million to purchase the kits which will enable 15,000 people to test. The donation was received by Dr Charles Olaro, the Director of Clinical Health Services at the Ministry of Health and other officials from the Ministry on Thursday.

According to Dr Olaro, 25,000 babies are born with Sickle Cells in Uganda and 80% of these die before the age of five.

“Sickle Cells disease is expensive because it requires frequent admissions, blood transfusion, it involves absenteeism from school for the children, and care takers invest a lot of emotional energy to look after sicklers,” Dr Olaro said. He was representing the State Minister of Health for General Duties, Sarah Opendi said.

In her remarks, Minister Sarah Opendi commended ACCA for the donation of testing kits and encouraged other corporate entities to join the fight against Sickle Cells.

“The disease is very preventable given that it has one common route – child birth. But this requires mass awareness for people to screen themselves and know their status early enough,” Opendi said in her remarks.

The 15,000 kits will be dispatched to the regional referral hospitals and big hospitals in Kampala.

Dr Gerald Mutungi, the Program Director for Non Communicable Diseases (NCDs) at the Ministry of Health advocated for the prioritization of NCDs as well as modification of lifestyle.

“The donation is very welcome and it will have a great impact. If we prevent 15,000 people from marrying carriers of Sickle Cells, that alone will create significant awareness,” Dr Mutungi said.

‘Operation One Project’ Offers Free Treatment to 2,000 in Luweero

Govt Exceeded its Target by 1.3 Million Children in the Measles Rubella Mass Vaccination 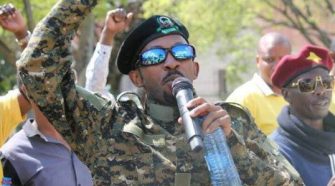