While addressing the country on Budget day, President Yoweri Museveni revealed that Uganda’s cumulative cases of Covid-19 include samples which were erroneously classified as positive at one of the laboratories.

The optimistic President who said that Uganda would win the war against Covid-19 if guidelines against its spread were heeded to, did not reveal the number of cases erroneously registered as positive but said the Ministry of Health would clarify the matter to the country.

The Health Minister, Dr Jane Ruth Aceng on Saturday said the cases were nine in number and have been discounted from Uganda’s total covid-19 count. The covid-19 tally as at Saturday 13 June stands at 685.

How the False Detectives Were Detected
50 samples from within Kampala were tested from Makerere University Laboratory.  The results were communicated to the respective individuals as part of the infection prevention and control and the necessary measures undertaken, said Minister Aceng.

“As part of routine quality assurance procedures, some samples were sent to Uganda Virus Research Institute (UVRI) for re-testing. There was discordance in some of the samples in this batch. This then required the entire batch to be retested. When the batch was retested, nine of the previously confirmed cases were found to be negative and the individuals were informed,” Minister Aceng explained.

Aceng said the case of false positive results was brought to the attention of the President and explained that false negatives or positives can happen during testing and that is why confirmatory tests are carried out.

She said that errors can happen during sample collection, packaging and opening – a process she referred to as pre-analytic, or during analysis of the sample.

The other stage errors could happen is after analysing of the sample- during reading, nterpretation and decoding of the results or making the right conclusions, Aceng said.

Uganda has so far registered 199 recoveries and no covid-19 related deaths. 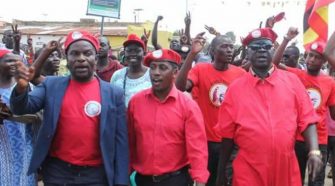