GOMA – Seven UN peacekeepers operating in the Democratic Republic of Congo (DR Congo) have been killed by members of Allied Democratic Forces (ADF), an Islamic rebel group from Uganda, Florence Marchal, spokeswoman for the UN mission known as MONUSCO told this news website.

“The peacekeepers died during the operation against ADF which started on Tuesday in the territory on Beni,” Florence said.

“The operation against ADF is still going on,” she said.

In response to regular attacks on the civilian population in the Beni area, the Congolese armed forces (FARDC) and the United Nations Organization Stabilization Mission in DR Congo (MONUSCO) jointly planned offensive operations that were launched on 13 November 2018 with the intention of disrupting ADF activities.

In the context of this major initiative, the FARDC and MONUSCO forces identified, attacked and managed to retake key ADF positions. A number of ADF elements were also captured.

According to initial reports, seven peacekeepers, six Malawian and one Tanzanian, were killed and ten others were wounded. Several FARDC soldiers were also reportedly killed or wounded during the operations.

The Special Representative of the UN Secretary-General offers her deepest condolences to the bereaved families of the fallen peacekeepers and FARDC soldiers as well as to the Governments of the Democratic Republic of the Congo, the Republic of Malawi and the United Republic of Tanzania.

“I commend our peacekeepers for their service and sacrifices for the benefit of the people of the Democratic Republic of the Congo. We remain determined to maintain the initiative against the ADF and other negative forces in the area,” she said.

Leila Zerrougui added that “the brutal killings which have been carried out against civilians by the ADF must cease.

“MONUSCO and the FARDC are working together jointly to put an end to the atrocities committed by this group.”

Joint FARDC-MONUSCO operations continue to help restore peace and stability in the Beni area, and to ensure that the civilian population of North Kivu enjoy a future that is free from fear. 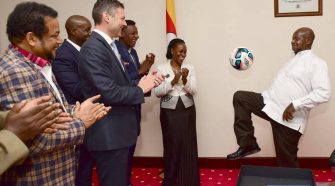