Public health specialists are warning of risks involved in heavy consumption of fats and oils among adolescents in rural eastern Uganda.

The warning follows a study carried by researchers at the Makerere University School of Public Health –MakSPH which indicated that majority of adolescents in the districts of Iganga and Mayuge were having low dietary diversity, and majority of them are less likely to consume micronutrient-rich foods such as fruits and vegetables.

Being diverse means in diet means consuming at least 4 of the 9 food groups recommended by the Food and Agricultural Organisation (FAO) in a day.

They include; Cereals/roots/tubers; Vitamin A rich fruit and vegetables; Legumes and nuts; Fats and oils; Meat, poultry and fish; Milk and milk products; Eggs; Sweets; Spices and beverages. Conducted as part of the African Research, Implementation Science, and Education (ARISE) Network, the study analysed data collected from 598 adolescents aged 10–19 to assess the health status and adolescents’ behaviour.

Based on the findings, a considerable proportion of adolescents residing in the area (about 45.3%) had a low dietary diversity. Further, the majority of the adolescents (about 99.7%) reported consuming diets high in proportions of fats and oils, spices & beverages, sweets, cereals, and low intakes of micronutrient sources (vegetables and fruits).

Dr. David Guwatudde, a Professor of Epidemiology and Biostatistics at MakSPH who was one of the researchers observes that adolescents in the highlighted districts risk becoming overweight and obese along the life course.

“Depending on how long they continue to consume diets with high content of fats and oils, they may end up being overweight or worse obese; yet being overweight or obese is known to be an important risk factor for various non-communicable diseases like hypertension, diabetes and some cancers. These are the long-term implications,” says Dr. Guwatudde.

He adds that quite a number scientific studies have shown that sometimes individuals adopt risk factors for non-communicable diseases like unhealthy diets, during adolescence and grow such with habits into their adulthood.

Such habits like unhealthy dietary habits, are difficult to shed off even when they grow up, therefore they are likely to continue to behave in the same way, unless concerted interventions are made to change.

“If an adolescent routinely consumes the kinds of diets like we have found in our study, it becomes a habit which they adopt even in their adulthood and eventually may lead to overweight, obesity and ultimately the said non-communicable diseases,” he observes. Among the study participants, pulses, nuts, seeds (legumes), and other vegetables (non-vitamin A rich), were averagely consumed ranging from 50 to 66.2%.  The least consumed foods included; dark green leafy vegetables (42.3%), meat/poultry/fish (33.1%), dairy products (32.9%), eggs (11.2%), vitamin A-rich fruits and vegetables (33.4%) and other fruits (8.2%).

One important observation from the study was that adolescents who ate from a restaurant at least once a week were 40% more likely to have a high dietary diversity score compared to those who depended on household meals.

The contributing factors to this low nutritional diversity among the study participants included; staying with a single parent or guardian, low socio-economic status, and dependency on household meals.

“The prevalence of low dietary diversity has an implication on nutritional status and is a pointer to the reducing quality of diets in Iganga and Mayuge Districts. The findings may be explained by the poor farming methods which focus on a few crops in the Mayuge and Iganga districts,” says Nathan Isabirye, the lead Author of the study.

According to Isabirye, a public health nutritionist at the MakSPH, given the fact that majority residents are rural based, there is a shift in diet, partly explained by the increase in the availability of cheap oils and fats on low-income markets.

“In Uganda, oils and sweeteners are being packed nowadays in small quantities hence are affordable by the rural poor people. As fats and oils are being consumed by the adolescents there is less consumption of fruits and vegetables,” he further observes.

Studies have shown that adolescents undergo enormous physiological and social processes that require an adequate and diverse diet to support the growth spurt and normal pubertal development. Such processes may include; cultural and gender norms; acceptable work types, free time activities, early marriages, and physical activities; changes in access to processed & unhealthy food markets; and food supply deficits at household level among others.

Despite the low attention given to adolescents, there is an increase in nutritional demand during this period. While the majority of nutrition intervention focus on children and mothers, adolescents’ demands remain unprioritized.

Yet, nutrition remains the leading risk factor contributing to the predominant causes of adolescents and adult morbidity and mortality.

Accordingly, adequate nutrition through diverse diets provides an opportunity to correct the deficits suffered during childhood, provide adequate stores of energy for illnesses and pregnancy, and prevents chronic diseases and adult-onset of nutrition-related diseases and disorders such as osteoporosis (weakening of bones and posing high risk of fractures) and obesity.

“There are other studies that have indicated the same. Although we cannot say that findings from this study are representative of the adolescents in Uganda, it is possible that there are adolescents in other parts of Uganda especially in urban areas who are likely to have similar dietary habits or even worse,” Dr. Guwatudde observes.

The researchers contend that adolescents need guidance to avoid low-quality diets, yet single parents in a resource-poor setting are usually socially and economically constrained. “It is recommended that adolescents should eat from a variety of foods (low fat animal products, fruits, vegetable, grains, staples), drink plenty of water, and should avoid high consumption of sugars,” the researchers say.

The researchers have underscored the need for interventions to address contributing factors to the burden targeting the parenting contexts of the adolescents residing in rural eastern Uganda.

“We need to pay attention to the parenting context of adolescents. Most of the factors associated to non-diversity in diets are inclined to household demography,” says Isabirye. 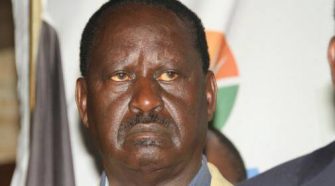