The Speaker of Parliament, Rebecca Kadaga has promised that a number of legislators will be in Cairo Egypt to offer support to the country’s national football team, The Cranes, as they play at the 32nd edition of the Africa Cup of Nations (AFCON) final tournament.

Uganda is in group A alongside neighbours Democratic Republic of Congo (DRC), Zimbabwe and hosts Egypt and will play their opener this Saturday June 22 against DRC.

As such, Kadaga has wished the Ugandans victory saying it is upon them that the nation is relying to deliver pride back home.

“On behalf of Uganda Parliament, I would want to wish Captain Denis Onyango and Uganda Cranes all the best and wish you a very big victory in your opening match on Saturday against DRC,” she said.

“A number of MPs will be in Egypt to give you support. We love and we count on you to bring the glory back home,” Kadaga added on Tuesday.

The tournament kick-starts this Friday June 21 and runs up to July 19, 2019 featuring 24 nations and Coach Sebastian Desabre’s men are already in Egypt where they landed on Monday after days of practice in Abu Dhabi.

The Cranes have appeared 6 times at the continental competition since 1962.

They have never won the competition and their best performance was runners-up in 1978. Uganda is making its second consecutive return to the AFCON after ending the 39 years of absence in 2017 due to failure to qualify. They are ranked 79 in the world by FIFA. 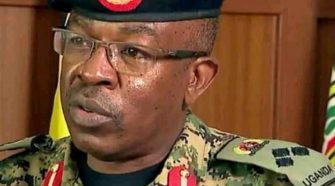