Following Uganda’s surprise spectacular performance in the ongoing Africa Cup of Nations (AFCON) final tournament which has seen them qualify for the round of 16 stage for the first time since 1978, the Uganda Cranes are scheduled to face Senegal on Friday at 10pm.

This is as a result of the conclusion of the group A and group C games on Monday evening.

Uganda defeated neighbours DRC 2-0 in their opener and drew one all with Zimbabwe before losing 2-0 to the hosts Egypt in their final group match, coming out second of the group.

On the other hand, Senegal opened the tournament with a 2-0 defeat over Tanzania before falling to Algeria 1-0 and humiliating Kenya 3-0 in the final game, also ending their group game second.

Now, going by the CAF arrangements, the two nations will face each other at the round of 16 stage played on a knockout basis.

Nicknamed Lions of Teranga, Senegal are regular competitors in the Africa Cup of Nations and their best performance was runner-up to Cameroon in the 2002 edition in Mali yet Cranes are appearing for the second consecutive time after appearing in the previous tournament in 2017 since 1978 without featuring.

Some of the top Senegalese players to look for are Liverpool forward Sadio Mane who is one of three premier league players in the team alongside Everton’s Idrissa Gana Gueye and Cheikhou Kouyate of Crystal Palace. 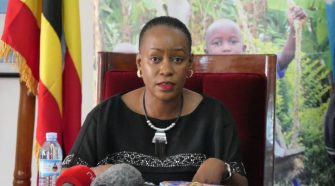