Uganda Cranes head coach Jonathan McKinstry has summoned a squad of 20 foreign-based players to start preparations ahead of the 2021 Total Africa Cup of Nations qualifier games against neighbours South Sudan.

Among them are three players that have earned their first call to the Uganda Cranes and these include Elvis Okello Bwomono who plies his trade with South End FC in England.

The other two include Jayden Onen and Karl Anthony Uchechukwu Mubiru Ikpeazu who play for Brentford (England) and Heart of Midlothian (Scotland) respectively.

McKinstry who announced a squad of 20 players during a press conference held at FUFA Complex on Thursday afternoon said that five local-based players will be added to the squad from the current CHAN training camp.

Uganda is in group B of the qualifiers alongside Burkina Faso, Malawi and South Sudan.

The Ugandans will play a doubleheader against South Sudan with the first leg slated for March 28, 2020 at Mandela National Stadium while the return leg will be played on March 31, 2020 at El- Hilal stadium in Khartoum, Sudan since South Sudan host their home games in Sudan because Juba Stadium is still under refurbishment. 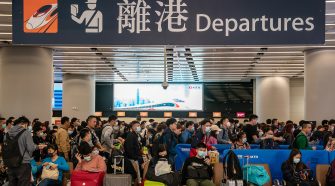