The Cranes, Uganda’s national football team, have Thursday night been drawn in group B for the 2021 Africa Cup of Nations (AFCON) qualifiers to he hosted by Cameroon.

The draw conducted at the Aida Ballroom Cairo Marriott Hotel, Zamalek, placed Uganda alongside Burkina Faso, Malawi and winner between South Sudan and Seychelles which first play in the preliminary stage of the Qualifiers.

The first two teams in each group at the end of the qualifying round, will qualify for the 2021 Nations cup.

Unlike the 2019 qualifiers where Uganda was placed alongside Cape Verde, Lesotho and Tanzania, Cranes have been put in a fairly easy group with only Burkina Faso being ahead of it in the current FIFA rankings sitting at 59 in the world.

The national team put a tough challenge at the ongoing AFCON in Egypt when it qualified it for the second consecutive time after a qualification drought of nearly 40 years and eliminated at the round of 16.

They defeated DRC 2-0, drew 1 all with Zimbabwe and lost 2-0 to Egypt in the group stages before losing 1-0 to Sadio Mane’s Senegal. 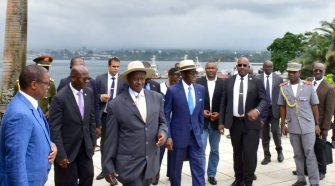