Uganda Cranes captain, Denis Onyango has downplayed fears of a syndicated game against Tanzania today in their last Africa Cup of Nations qualifiers game, to allow Tanzania as well qualify for the final tournament in Egypt.

Cranes sealed a slot in the tourney, but a win for Tanzania today will see Taifa Stars join Uganda, Kenya and Burundi as countries in East Africa which have already qualified.

Onyango says despite their qualification, the team is not taking the game for granted and that they treating it with utmost importance as a way of preparing for the Egypt tournament, as well as extending their dominance in the region.

“We are playing for our pride because this is an East African derby. We want to dominate the region and for us, we have to execute our principles during the game,” Onyango said on Saturday during the Pre-match press conference.

“They (Tanzania) are a good team because they came to Kampala (first leg) and got the results. We know their strength but we are focusing on building the team towards AFCON final tournament,” he added.

Tanzania held Cranes to a barren in Kampala on September 8 in the first leg.

He says Tanzania is on pressure because they want to win the game so as to qualify unlike Cranes who “just want to enjoy the game and give them a run for their money.”

Onyango said: “For us we are not here on a picnic, we are here to give them a game and fight and may the best team win.”

The team’s tactician, Sebastian Desabre, had earlier said that: “What is important for tomorrow (Sunday March 24) is for us to finish on a high note and keep focused and shall use this game to continue with our preparations for AFCON in Egypt.”

The Ugandans defeated a team from the Kampala Regional League select before flying for Egypt where they camped for days and drew one all with an Egyptian top flight team in a practice game.

Uganda tops group L with 13 points, followed by Tanzania and Lesotho who both have 5 points with Cape Verde trailing from the bottom with 4 points.

Desabre’s men, made history in 2017 when they qualified for Africa’s top most football tournament after nearly 40 years, before registering a second consecutive qualification last year. 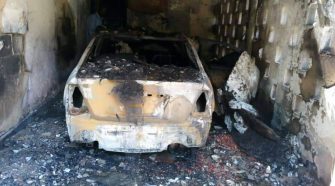