Uganda Cranes late Wednesday resumed training after boycotting the Tuesday training session over their outstanding bonuses and allowances as well as the need to have terms for qualification for the round of 16 in AFCON revised.

The country’s football governing body, FUFA, in a statement however clarified that the allowances amounting to Shs 55m per player for the Uganda Cranes since May 13 to June 30 inclusive of the winning bonuses for the DR Congo and Zimbabwe matches, are duly paid and received by the beneficiaries.

FUFA said further that players were demanding what was over and above the amount that was agreed upon in their Code of Conduct.

“Despite the above efforts and clarifications, the continued desire by the players to be rewarded beyond the agreed structure for the historic qualification to the Round of 16 continues to be a concern of the playing staff,” FUFA stated.

As a result, the FUFA Emergency Committee at its siting at FUFA House on Wednesday agreed to pay USD 6,000 to each player over and above the agreed terms in the Code of Conduct and that matters of Finances will not be discussed until the end of Uganda Cranes participation in the tournament.

This according to the football governing body was done “considering the magnitude and importance of the event of Uganda Cranes match against the Teranga Lions of Senegal, the interests of the nation, government, the sponsors, and the gallant fans.”

This position according to FUFA was duly communicated to the players who are reported to have held a meeting of only players on Wednesday afternoon. They also met the Minister of Sports, Charles Bakabulindi before resolving to resume the training again.

Speaking to the press after his engagement with the players, Bakabulindi revealed that the players’ outstanding bonuses had been cleared.

“The outstanding bonuses of players have all been cleared and players only await commitment from FUFA on the qualification fee to kick start everything,” said Sports Minister Charles Bakkabulindi.

Yesterday’s late training was the only one for the team since Egypt’s defeat and the team will hold one more today (Thursday) afternoon from the Arab Contractors stadium.

Uganda will be playing against Senegal on Friday at the Round of 16 stage played on a knockout basis.

The East Africans defeated DRC 2-0 in their opener and managed a one all stalemate with Zimbabwe and a 2-0 loss to Egypt while their counterparts Senegal defeated both Kenya and Tanzania at the group stage. 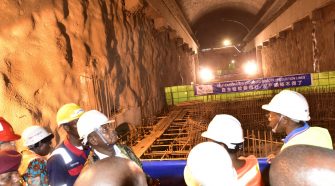