For the first time in the Africa Cup of Nations (AFCON), four nations from East Africa qualified for the final tournament underway in Egypt including Uganda, Kenya, Tanzania and Burundi.

By the end of day three on Sunday, all the four nations had played their opener, but the results only favoured one country – Uganda.

On Saturday, the Cranes registered their first AFCON tournament win since 1978 after defeating neighbours Democratic Republic of Congo (DRC) with an upsetting 2-0 victory, thanks to exceptional headers by Patrick Kaddu and Emmanuel Okwi in the first and second stanzas of the game respectively.

Saturday’s win put the Ugandans on top of Group A ahead of mates Egypt, Zimbabwe and DRC, which created hope in many football fans in East Africa that the region seen by many as underdogs in the game of football in the continent has finally stepped up.

On Sunday, the remaining two East African countries Kenya and Tanzania also played their opening match with the former losing 2-0 to Senegal and a latter being humbled by Algeria after a 2-0 defeat.

The East Africans will be back for their second group games on Wednesday June 26 with Uganda playing against Zimbabwe and on Thursday June 27, Kenya and Tanzania will faceoff.

Two nations will qualify from each of the six groups for the round of 16 stage and more four spots for the best runners-up. 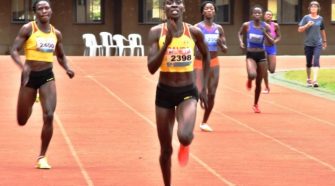