Messages of condolences and eulogies have been pouring in from different political leaders, rights activists and celebrities in Africa and across the world following the death of South Africa’s anti-apartheid champion, Winnie Madikizela Mandela.

Winnie whose acts of bravery against white rule in South Africa earned her the title of ‘Mother of the Nation’ died on Monday at a hospital in Johannesburg after struggling with illness. She was ex wife to South Africa’s first black president, Nelson Mandela.

Since the news of her death started making rounds world over, many people including Presidents around Africa have praised Winnie for her contribution to the liberation of South Africa, some referring to her as a heroine while others as a global icon.

President Yoweri Museveni wrote; “Very sorry to hear about the death of comrade Winnie Mandela. I salute her contribution to the resistance in South Africa, especially during the time Mzee Mandela was in prison. May her soul rest in peace”.

Kenya’s President, Uhuru Kenyatta said the world had lost a heroine and liberator.

“Though born before formal apartheid, she came of age during a state dominated by the White. She chose a life of service and valour, qualifying as a nurse, and devoting herself to the struggle for African liberty,” Kenyatta said.

South African President, Cyril Ramaphosa who for long worked with Nelson Mandela and Winnie in the ANC described Winnie as a “voice of defiance” against white-minority rule and “an abiding symbol of the desire of our people to be free”.

“Winnie was a voice of defiance and resistance. In the face of exploitation, she was a champion of justice and equality,” he said in a televised address.

Head of the African Union Commission, Moussa Faki Mahamat said that Winnie Madikizela-Mandela will forever be remembered as a global icon, a fearless campaigner who sacrificed much of her life for freedom in South Africa and for women everywhere.

Nobel peace laureate and retired archbishop, Desmond Tutu of South Africa described Madikizela-Mandela as having become a defining symbol of the struggle against apartheid.

“She refused to be bowed by the imprisonment of her husband‚ the perpetual harassment of her family by security forces‚ detentions‚ bannings and banishment. Her courageous defiance was deeply inspirational to me‚ and to generations of activists”.

On his part, Nigerian President, Muhammadu Buhari eulogized Winnie Mandela as a woman of uncommon determination, steadfastness and perseverance who held aloft the torch of the struggle against institutionalised discrimination even while her ex-husband, the late Madiba, President Nelson Mandela was incarcerated.

“She remained a pride not only to the African woman, but indeed all Africans,” President Buhari said.

Nana Akufo-Ado, the Ghanaian leader said Winnie’s name will echo down the ages, and will forever be remembered as a freedom fighter and a remarkable woman.

But other tributes came in from as far as Hollywood from especially black American stars who immortalized Winnie for her stance on human rights.

Singer and actress, Jennifer Hudson who played a lead role as Winnie Mandela in the movie ‘Winnie’ posted on her Instagram; “Peace be still. The fight you fought will never be forgotten”.

The ‘How to Get Away With Murder’ TV star, Viola Davis described Winnie as “a woman who epitomises how the power of woman’s love, intelligence and vision can change a culture”.

Award winning actor and director, Samuel L. Jackson said; “How blessed was I to run into Winnie Mandela in a mall in Johannesburg? Indescribable joy and humility, Amazing! Rest in power, Rest in peace. Thanks”.

Fashion icon and actress Naomi Campbell who very much revered Nelson Mandela wrote that she cherished the times she spent with Winnie and lauded her for embracing me in the family.

“You were a woman of strength that endured so much hardship and sacrifice. Without you, we would not know anything about Tata and his 27 years. You will remain in my heart,” Campbell tweeted.

Idris Elba who acted Nelson Mandela in the movie ‘Mandela: Long Walk to Freedom” said; “Rest in peace Mama Winnie. My heart is heavy right now. You lived a full and important life contributing to the liberation of a nation by force and actual activism. You will never be forgotten”.

Daniel Kaluuya: I Wasn’t Getting Roles in England Because of the Colour of My Skin

President Museveni in Ethiopia for IGAD Heads of State Assembly 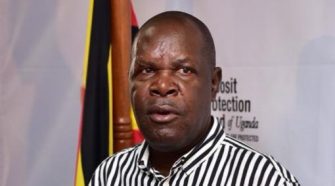