The African Public Relations Association (APRA) has inaugurated an Advisory Group to work with the Executive Council Members to give the association a voice in the continent and across the globe.

APRA is the umbrella body for the practice of Public Relations in Africa with over 17 member national PR associations and 5 affiliations within Africa and across the globe.

The advisory group made up of academics and  professionals representing all regions in Africa include Mr. Ekwow Spio-Garbrah, a former Ambassador to the United States of America and Minister of Communications in Ghana who will serve as Honorary Counsel to the association and chairman of the APRA Advisory group representing West Africa Region.

The inauguration ceremony was conducted via zoom application where all members of the team officially met and pledged their allegiance to the association.

Vice President of APRA, Robyn de Villiers introduced the group members and commended them for voluntarily accepting to join council members in improving APRA’s relevance amongst key stakeholders in the continent and the globe.

In his statement, President of the association, Mr Yomi Badejo-Okusanya stated that he has trust in the capacity of the appointed persons and tasked the group to push the ‘One Africa’ agenda and come up with a plan to drive APRA’s engagement in governance and economy.

The Honorary Counsel in acceptance of the role stated “I am honoured to play a role in APRA and collaborate with other likeminded professionals in Africa. I pledge to work assiduously with all to achieve the goals of APRA”. While members of the group each gave a word to appreciate the association for taking the step to establish the group and pledged to serve it to the best of their abilities for the period of two years as indicated by the President.

Secretary General of APRA, Jane Gitau gave the vote of thanks and added that the Advisory Group further shows the inclusiveness we have always desired as an association.

Henry Rugamba Henry Rugamba is a seasoned PR professional with over two decades in PR and marketing communications working in Uganda and Rwanda where he was Host of a Popular TV Talk Show ‘Tuesday
Forum’.

He horned his skills at British American Tobacco and more recently at Umeme Uganda’s leading Electricity Distribution Company.
While at BAT Henry was exposed to the ‘Best in Class’ media training sessions which enabled him to effectively articulate issues around tobacco and health and built his media management skills.

Once described as ‘the guy you want in the room during a crisis’ Henry was instrumental in building Umeme’s brand and bringing key stakeholders and customers to the table of consensus.

A Past Captain of Uganda Golf Cub and a Past President of the Public Relations Association of Uganda, Henry also devotes his time to non-and not for profit organisations like Hospice Uganda where he serves on the Board of Directors and The Rotary Club of Kampala where he has served in various capacity. 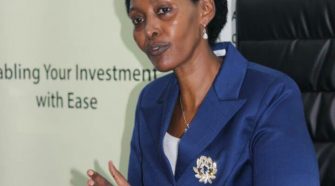