The more than 3.6 million followers of Kenya’s President on Twitter were Friday morning left in shock on realizing that they couldn’t access the President’s account. The same applied to users who follow President Kenyatta on Facebook. The two accounts had been deactivated.

According to Kenya’s State House Chief of Staff, Nzioka Waita, the “unauthorized” individuals with access to the President’s social media accounts caused the temporary deactivation.

The deactivation came hours after a tweet from President Uhuru Kenyatta vowing to swiftly deal with corrupt officials. The tweet however contains words that have generally been interpreted by many analysts as targeting his political ally and Vice President, William Ruto.

Kenya’s Newspaper, The Star reported on Friday that it has since established that his ‘closest political ally’ in the tweet was not supposed to go out on the official communication.

This, however, happened with the tweets and the email dispatch from the Presidential Strategic Communication Unit.

The private newspaper says the phrase ‘closest political ally’ which would be construed to mean Deputy President William Ruto was edited out of the video and audio dispatched by PSCU to newsrooms.

Several media reports have in the past accused Ruto of involvement in a number of corruption related scandals, which he has always denied. 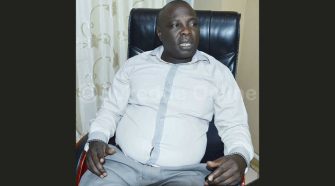