The Makerere University Council has given assurance to the aggrieved staff that hearing and ruling of an appeal filed by the MUASA Chairperson, Dr Deus Kamunyu will be fast tracked in order for justice to be dispensed and the longstanding standoff resolved.

The assurance was was given by the Vice Chairperson to the University Council, Dan Kidega while speaking at the joint staff assembly which was convened at the university on Friday.

During the meeting, members of staff expressed dissatisfaction with the recent ruling by the Appointments Board in the case against Dr Deus Kamunyu who heads the Makerere University Academic Staff Association (MUASA). In the ruling, Kamunyu was acquitted on 4 counts and found guilty on one count (non adherence to any other university policies contrary to Section 5.7(22) of the Makerere University Human Resource Manual).

As such, the Appointments Board ruled that Dr Kamunyu be suspended for a period of six months during which he will be receiving half his salary.

The charges which were dismissed were; taking part in an illegal strike; use of abusive or insulting language or behavior; acts or ommissions that are prejudicial to the proper performance of duties or the university’s image; and slander.

Prosecution alleged that the conduct of Kamunyu exhibited a high sense of disregard of the policies of his employer, when he insisted on making unsubstantiated allegations (bribery) against the then Chairperson of Appointments Committee, and abuse of power against the then Chairperson of Finance, Planning, Admininstration and Investment Committee.

In its ruling, the Appointments Board stated: “Evidence adduced shows that the respondent was warned by the Vice Chancellor in writing to desist from attacks on unsubstantiated allegations but he refused and neglected to comply with the directives. It is our opinion that all this entire conduct was in bad faith and unbecoming”.

However, during the joint staff assembly on Friday, the Vice Chairperson of MUASA, Prof Nector Mwavu said the staff were disappointed in the ruling. Another contentious issue raised by staff members was the abuse by former Chairperson to Council, Dr Eng Charles Wana-Etyem of confidentiality when he testified against Kamunyu and revealed details of matters he (Kamunyu) had brought to him in confidence.

This information formed part of the evidence upon which Kamunyu was found guilty by the Board. Dr Wana-Etyem told the Pannel that the accused had failed to produce evidence to back his allegations and that he (Wana-Etyem) had warned him to stop making the allegations.

“The Whistleblowers Act protects whistleblowers. It is very unfortunate that a Senior citizen (Prof Wana Etyem), a member of council for 20 years, can testify against a whistlerblower. It is very appalling,” said Anthony Tibaingana, a member of the MUASA Executive representing the College of Business, on Friday.

Bruce Twesigye, the Chairperson of National Union of Education Institution (NUEI) said the ruling was a violation of the trust the staff had in Council after building consensus that Dr Kamunyu would be reinstated unconditionally.

Other members were concerned that while Association leaders continue to be harassed and targeted by Management officials with impunity, there have been no systems to check the excesses of the Management.

“You (Council) have made many reforms but you are not touching the causes that brought this. Dr Kamunyu came into this because he was trying to cause these reforms,” Grace Musiime from the College of Business said.

“Our leaders (of Associations) were acting the way they were acting because there were no systems. There were injustices. Now that we’re starting on a new page, why do we have our leader being rated on past events? Why don’t we set a new sheet?” he queried.

In his response, the Vice Chairperson of Council, Dan Kidega disclosed that he has received a letter from the accused (Kamunyu) notifying the Pannel of his appeal and asking for stay of execution of the ruling.

“I have had a conversation with the Chairperson of the Pannel and requested that they be constituted in the shortest possible time, that is on Tuesday May 21, to pay attention to this prayer of stay of execution,” Kidega told the assembly.

It would be extremely unfair to the accused if he had no where to seek legal redress, he said.

He said that in case Dr Kamunyu is dissatisfied with the ruling of the Pannel of the Appointments Board, he has the right to appeal before the Tribunal, now headed by Justice John Patrick Mashongo Tabaro.

“As Council, we shall urge the tribunal to fast track this case because it looks like this is the pinacle of stability in this place”.

On the issue of protection of whistleblowers, Kidega gave assurance that Council will observe the Constitution and other legislations, adding that all members of Council took an oath of secrecy. He said there are sanctions to penalize those who violate the stipulated code of conduct.

“The best information that may bring excellence in the running of an institution may come from a sweeper. So if you destroy the confidence of the insubodinates to relate with the Superiors, then you are killing your own work”.

He appealed to staff to stay calm and ensure the ongoing examination of students proceed unhampered. Kidega said Council will do its best to ensure the law is followed to the letter in all matters at the university.

Kidega added that while intellectual disagreement is healthy for the progress of the university, this must be done with due respect to each other.

While speaking to reporters after the meeting, Kidega said that whereas Council can not interfere with judicial processes, it will see to it that justice is delivered and in time.

Regarding timelines within which the tribunal will pronounce itself on the matter, Kidega said: “We have only had this impasse because there was no tribunal. It was not fully constituted. But right now, it’s fully constituted and has laws that govern how long a case should stay before it”.

“We shall stick to the provisions of the law. The law provides for 45 days but we can make it shorter. What is important is that the tribunal is facilitated to do its work,” he added. 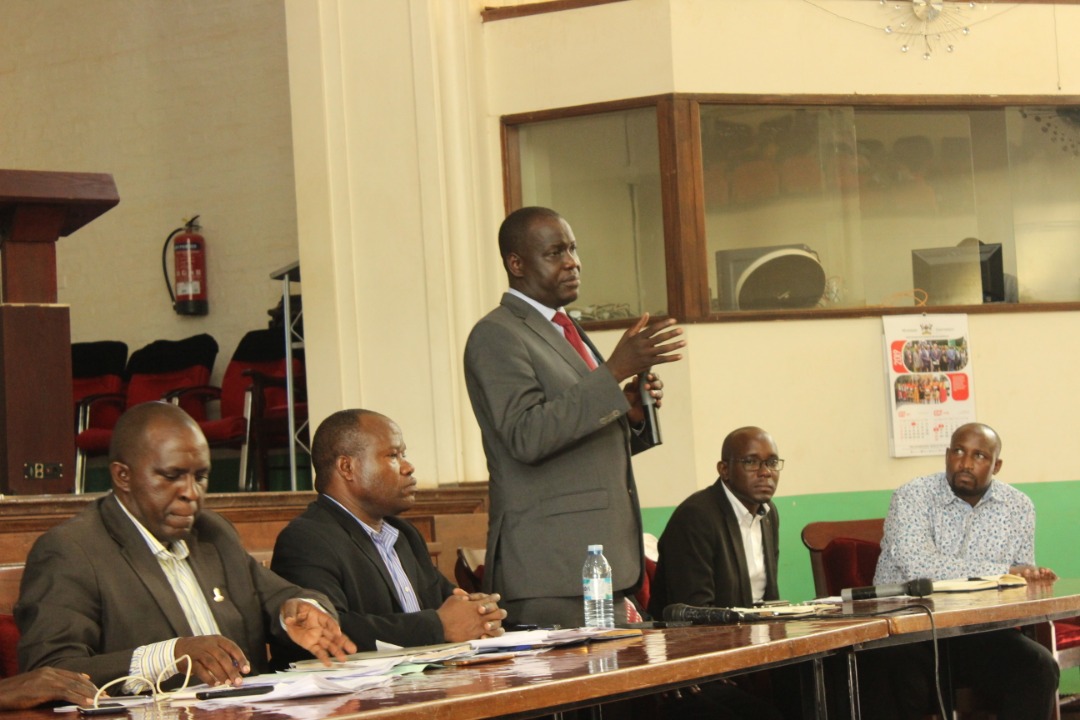 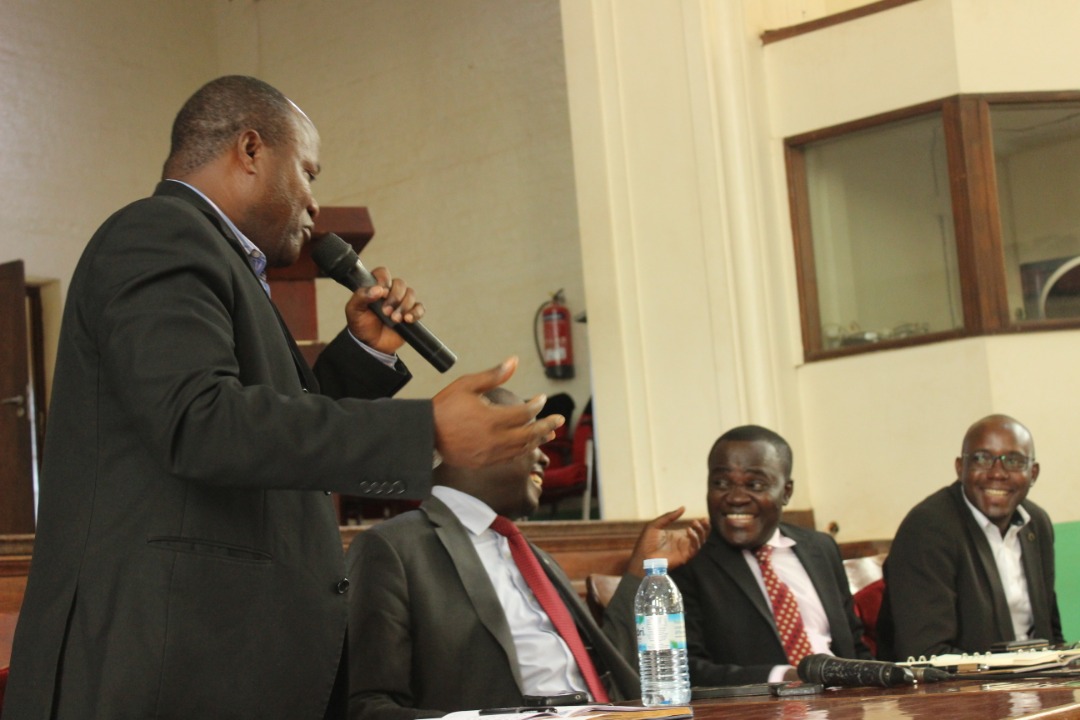 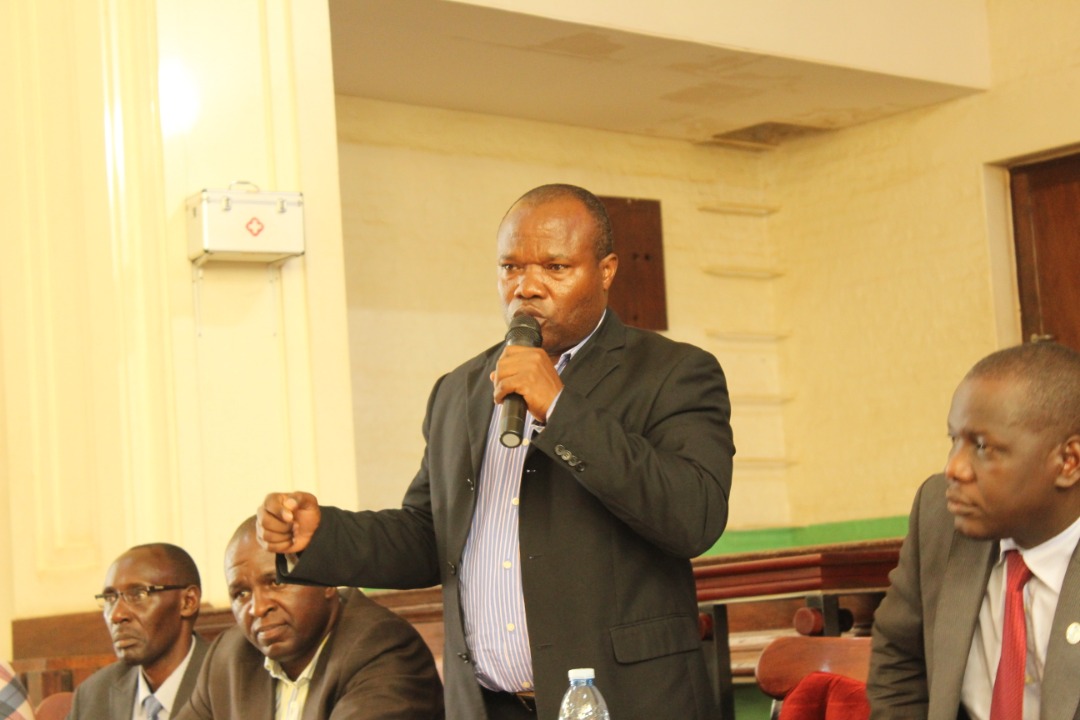 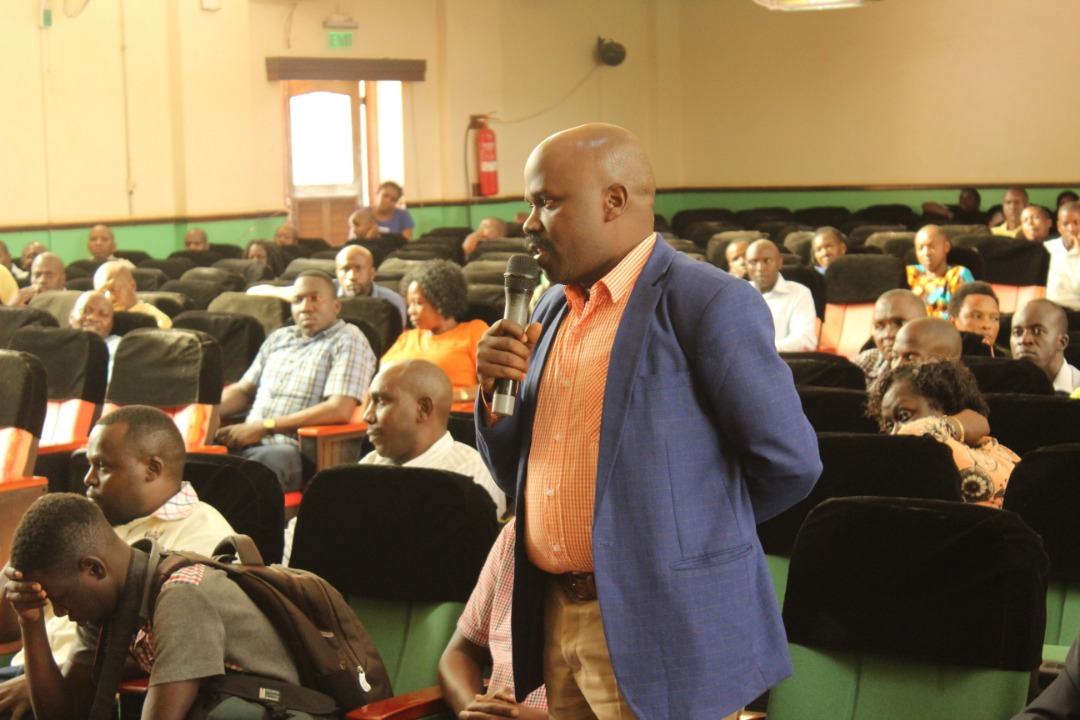 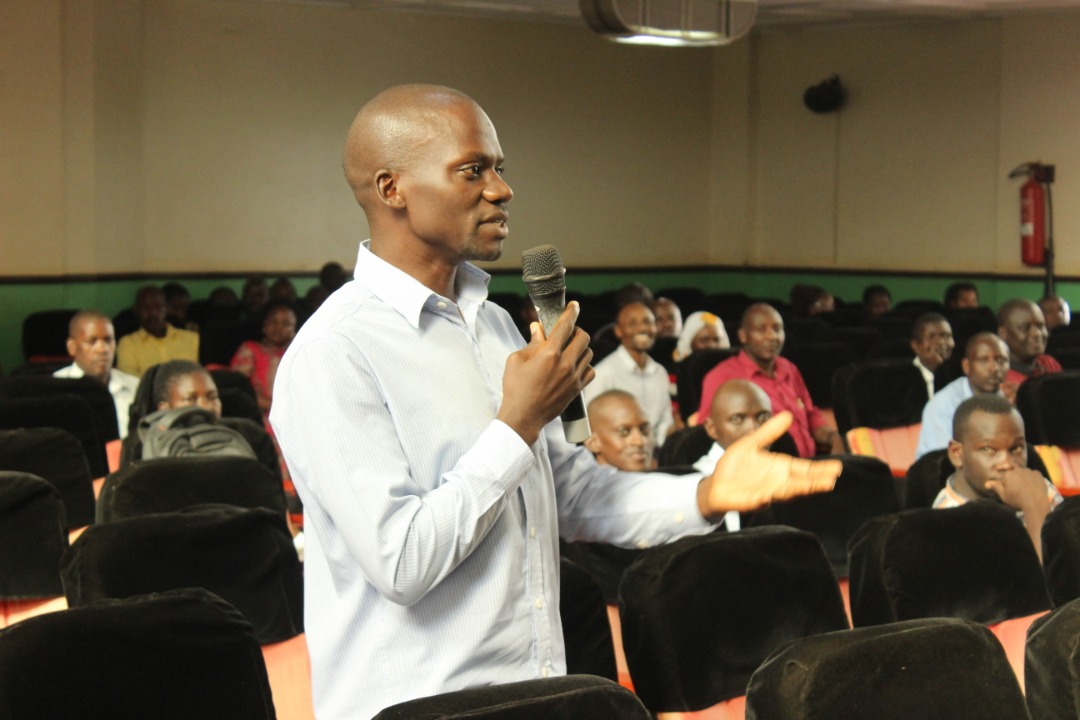 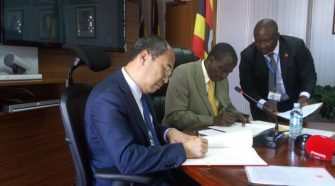