The Ministry of Agriculture is on the spot for having restructured the mandate of the National Agricultural Advisory Services (NAADS) without approval from Parliament.

The legislators sitting on the Committee of Commissions, Statutory Authorities and State Enterprises (COSASE) noted on Thursday that the restructuring was done to pave way for Operation Wealth Creation (OWC).

Officials from NAADS informed the committee that they had received a directive from the Ministry of Agriculture in June 2014 and they had no alternative.

This morning, the Minister of State for Animal Industry, Joy Kabasti informed the committee that the decision to transfer extension services was reached by Cabinet as a way to effectively extend services to the people.

However, when the committee tasked her to explain the powers she used to implement the Cabinet decision, Kabatsi said that the Ministry is still in the process of formulating amendments. Committee members further questioned how the military was incorporated in these services.

The chairperson of the committee, Abdul Katuntu told Kabatsi that it was illegal for the Ministry to review the NAADS mandate without bringing the amendments to Parliament.

The technical officer from the Ministry Dr. Okasai Opolot subsequently apologised for the error and asked the committee to give them time to fast track the tabling of amendments in Parliament.

“The reason we enacted this law is because there was a problem at the Ministry of Agriculture and now that there is little money and success, you grab it away yet there was a total collapse of extension services all over the country,” he told the officials.

Katuntu directed the Minister to bring a statement to Parliament clarifying their decision to restructure NAADS contrary to the law.

The Ministry of Agriculture today runs the Directorate of Extension that has recruited extension workers in most of the districts in the country. 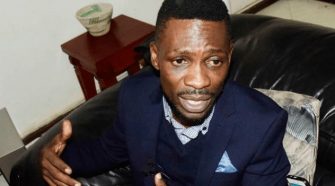