Mugenyi quit the institution after expiry of his contract and handed over to his deputy, Senior Commissioner of Police, SCP John Nuwagiira m, after serving his last day on May 29, this year.

Nuwagiira has been maintained as the Deputy Director Operations.

A statement by the Police Spokesperson CP Fred Enanga, communicating the changes, also indicates that AIGP Andrew Soroweni has been moved from Directorate of General Duties to the Directorate of Welfare and Production as Director, a position that had been earlier occupied by Elizabeth Muwanga.

Muwanga retired in 2017 after waiting for the renewal of his contract but in vain. 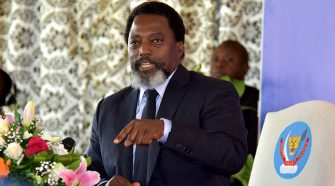