Betty Bakireke Nambooze, the MP for Mukono Municipality has undergone a surgery procedure today in India where she was recently referred.

The ailing MP was weeks ago referred to India by Mulago Hospital after days of being restricted by Police at Kiruddu hospital where she was admitted.

The highly specialized medical procedure saw her bone marrow moved from her right hip to the left leg to build back the damaged part that exposed the cartilage which used to send spasms through the left side of her body and occasioning a painful leg.

Nambooze was arrested last month but she would later develop illness which prompted police to rush her to Kiruddu, a satellite facility of Mulago main referral hospital.

Nambooze says her medical problem began last year in December when security operatives raided the chamber of Parliament and engaged in a physical altercation with Members of Parliament in the heat of the contentious debate on the removal of the constitutional Presidential age limit.

However, some Ugandans have been sharing screenshots of previous stories indicating that Nambooze’s back problems date back to more than two years. 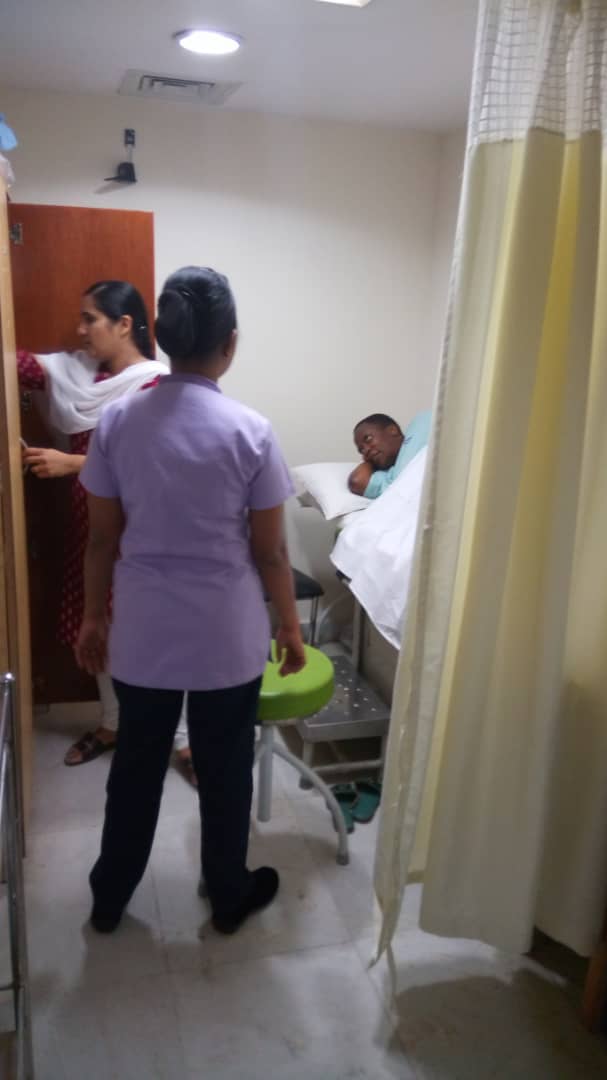