Moses Waisswa opened the first attempt to score in the second minute of the game when a free kick he took hit the wall, and five minutes later, he dribbled past two defenders and shot the ball wider.

Tito Okello took a wonderful shot in the 12th minute from 29 yards which would have given the vistors an early lead, only to be intercepted by Al-Merreikh’s defenders.

The hosts through Meedo almost scored in the 14th minute, but goal keeper Bashir Ssekagya was alert and comfortably saved it. Six minutes later, Halid Lwalilwa defended well when he blocked two Al-Merreikh’s forwards from scoring.

In a rather clear opportunity, Tito Okello beat one defender in the 26th minute, only for his shot to be punched out by Al-Merreikh’s goalkeeper Monjeed.

The Sudanese side had a chance of leading the game in the 33rd minute after being awarded a penalty resulting from a foul by Noah Wafula in the box but Ahmed Adam shot it out, before ending first half goalless.

The second stanza started on a high note with Vipers FC on the receiving end, defending several attacks by the hosts which even prompted Livingstone Mulondo to be shown a yellow card.

Vipers tactician, Javier Martinez Espinoza introduced Dan Sserunkuma in place of Abraham Ndugwa in the 53rd minute in an attempt to have a goal, before shot stopper Ssekagya denying El Merriekh’s Bakri a goal in the 62nd minute.

Duncan Sseninde was also brought on the pitch in the 68th minute in place of Tito Okello. Vipers missed a chance of putting the ball in the back of the net when Al-Merreikh’s El Takat fouled Dan Sserunkuma in the 70th minute and Moses Waiswa took the ball but it was cleared for offside.

In the 77th minute, Al-Merreikh was awarded another penalty kick when Ibrahim Kiyemba handled the ball in the box, which was properly converted by Meedo to give host a lead.

Five minutes later, Altag double Al-Merreikh’s lead before Dan Sserunkuma scored a consolation for the Ugandan side in the 85th minute.

The return leg will be played on December 4 and thereafter, Vipers if they edge El-Merick on aggregate, shall play against either Algeria’s CS Constatine or Gambian giants GAMTEL in the final qualification round.

We only wait to see how they will perform against Al-Merreikh in the return leg on Tuesday next week. 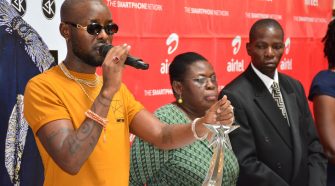