Somali terrorist group, Al-Shabaab has claimed responsibility for the Sunday attack on a military base used by U.S. and Kenyan forces in Kenya’s coastal Lamu region.

The attack reportedly involving a suicide bomber occured at around 5:30am at Camp Simba in Manda Bay, Lamu County.

The AlQaeeda affiliated terrorist group now says in a statement that their fighters were able to successfully inflict severe casualties on both the U.S and Kenya troops as well as destroying several U.S military aircraft and vehicles.

“In the early hours of Sunday morning, an elite group of soldiers Alshabaab, launched a darling dawn raid on a U.S naval base known as Camp Simba in Lamu county, Kenya situated in Manda bay, South of the colonial Somali-Kenya border, the base is home to hundreds of U.S military personnel and Kenyan soldiers and serves as one of the many launch pads for the American crusade against Islam in the region,” reads a statement by Alshabaab in parts.

“By the blessing of Allah, the Exalted, the Mujahedeen fighters covertly entered enemy lines, successfully stormed the heavily fortified military base and have now taken effective control of a part of the base, inflicting severe casualties on both American and Kenyan troops stationed there,” adds Alshabaab in a statement.

“The attack led to the destruction of U.S military equipment, including military aircraft and vehicles and is currently still ongoing”

The terrorists say that the attack is part of their “Al-Quds (Jerusalem) shall never be Judaized” campaign, a term they first used during an attack on the upscale Dusit hotel complex in Nairobi in January last year that left 21 people dead.

“As facts and details emerge, we will provide an update.”

However, authorities in Kenya have regarded the attack as “an attempt to breach security at Manda Air Strip.”

Kenya’s army spokesman, Colonel Paul Njuguna, says the attempt was successfully contained and the terrorists repulsed by the Kenyan military.

“The attempted breach was successfully repulsed. Four terrorists bodies have so far been found. The airstrip is safe. Arising from the unsuccessful breach, a fire broke out affecting some of the fuel tanks located at the airstrip,” Njuguna said on Sunday.

This morning at around 5:30 am an attempt was made to breach security at Manda Air Strip. The attempted breach was successfully repulsed. Four terrorists bodies have so far been found. The airstrip is safe.https://t.co/CXoAWBgXC4

The strike on the base known as Camp Simba in Manda Bay is the latest by the group in Kenya since Nairobi sent troops across the border in 2011.

The attack comes a day after the U.S military killed 3 Al-Shabaab militants in an airstrike conducted in Bacaw, west of the Somali capital, Mogadishu.

Last year, on December 28, a truck full of explosives went off at a busy intersection in Ex-Control Afgoye, a southwestern suburb of the Somali capital, killing more than 90 people, including two Turkish nationals, government soldiers and university students. Al-Shabaab claimed responsibility for the attack. 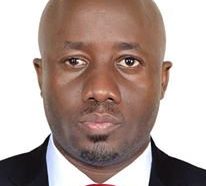