On Tuesday, Algerian lawmakers named the Speaker of the upper House as Algeria’s first new President in two decades after the resignation of Abdelaziz Bouteflika last week following mass protests.

The election of Abdelkader Bensalah as interim President follows constitutional rules but goes against the demands of demonstrators, who have pushed for him and other top politicians to stand down.

“I want to work towards fulfilling the interests of the people,” Bensalah told Parliament on taking up the 90-day interim Presidency.

“It’s a great responsibility that the constitution demands of me,” the 77-year-old added.

Opposition political parties refused to back Bensalah’s election and boycotted the session, as hundreds of students protested against him in Algiers.

Protestors have persistently demanded a system that does not include individuals that have worked closely with Bouteflika. 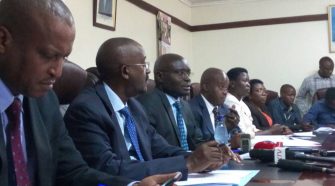