The hosts’ only goal was scored by forward Beldijilali in the 15th minute. They dominated the entire first half but thanks to Vipers defence, for containing them to the last dot.

The Ugandan side played without Captain Taddeo Lwanga who is on suspension and defender Geoffrey Wasswa.

Shot stopper Bashir Ssekagya was forced off the pitch in second half due to injury and Derrick Ochan came in his place.

Constantine later scored two more goals which were cancelled by the referee having been scored from an offside position and off the pitch respectively.

Coach Martinez Espinoza’s side eliminated Sudan’s El Merriekh at the second round stage.

The Algerians will have to travel to Kampala for the return leg of the first round of the CAF Champions league game to be played on December 22, at St Mary’s stadium, Kitende.

Vipers need a 2-0 win to advance to the group stages, becoming the second Uganda club to play at that level, the only club which has ever done it is KCCA FC last year.

Meanwhile, Uganda’s representatives in the CAF Confederations cup, KCCA FC, will today host Tanzania’s SC Mtibwa Sugar at the first round stage of the tourney, at StarTimes Stadium, Lugogo. 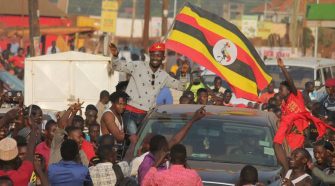